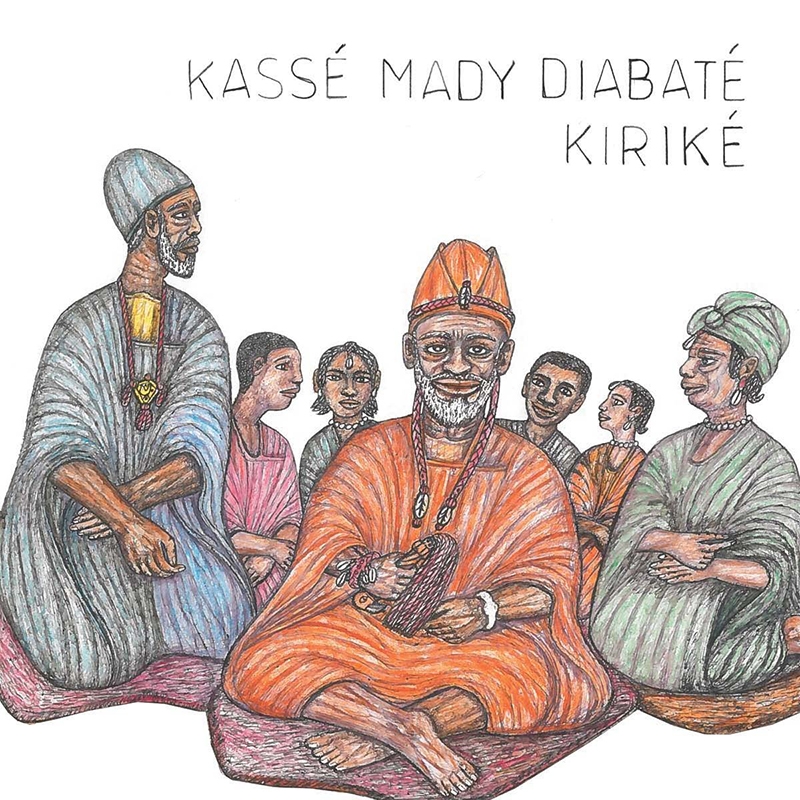 After a 50-year career as one of Mali’s most cherished cultural exports, Kassé Mady Diabaté has returned with an album highlighting Diabaté’s powerful, expressive voice with an assemblage of Malian singers in the ancient griot tradition—musician as storyteller—and high-caliber musicians, including French cellist Vincent Sagal and Kora music all-star Ballaké Sissoko. The result is an album brimming with virtuosic performances circling Diabaté’s voice that ascends from earthy growl to soaring tenor as he embodies traditional Malian characters in folklore, reinterprets traditional songs or narrates daily life in small villages. There is something about his voice, subdued and sanded down by age that can still pierce straight to the soul and transcend language and culture. This record feels impossibly ancient and contemporary, establishing Diabaté as one of West Africa’s most important musicians working today. –Ryan Hall