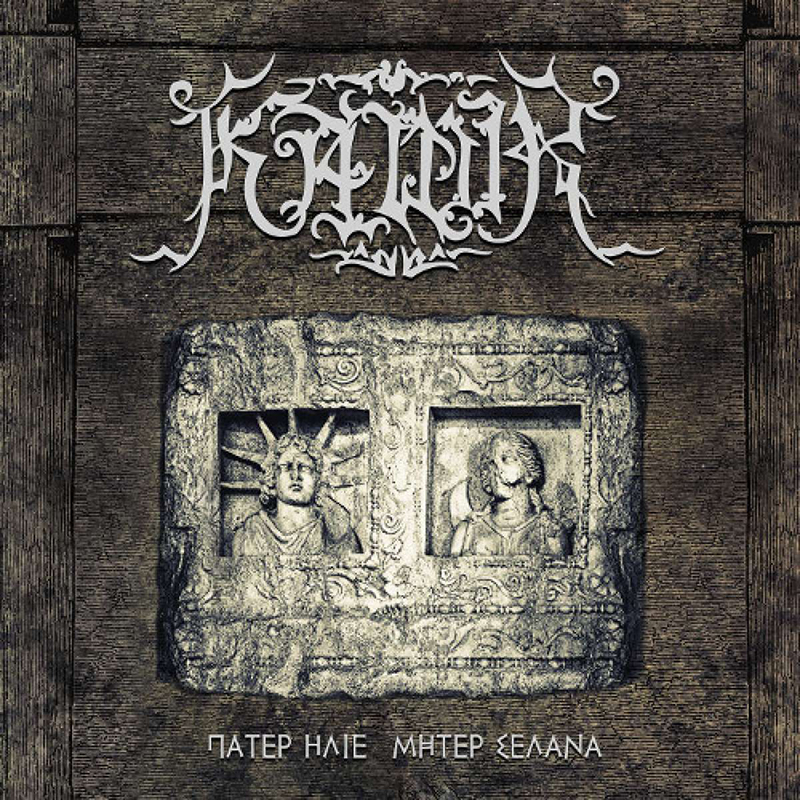 When people run up to me wanting to show me a band they describe as “pagan metal,” my reaction is probably similar to how I’d respond if some extremely venomous Australian spider were gingerly nibbling away at my scrotum. Don’t get me wrong, I listen to plenty (see also: a shitload) of it. But so much of it is too corny, too pretentious, too celebratory and too fucking stupid to make any sort of lasting impact other than disgust and/or contempt. So much of it is something that Frodo would dance to like an asshole on a table along with all of his asshole friends. Sometimes, however, bands do it right, and it’s so much more meaningful and awesome. Like if one of the nine Ringwraiths were to kick the Shire Bar door to splinters, proceed to methodically slaughter Frodo and everybody inside, and calling it a day by tossing a first-pressing cassette of Lunar Poetry by Nokrturnal Mortum on some hobbit’s shredded remains. Then he’d be off to do what Ringwraiths do best: get mouthies (as they probably call them in that world) from hot elven women while simultaneously playing Zelda: Link’s Awakening on Gameboy.

Kawir are the Ringwraiths, and they do this shit right. Their atavistic longing for the old gods bleed through their songs, and the longing isn’t celebratory, corny or pretentious; instead, it’s angry, blackened and demanding, combining furious melodic death/black metal with actual native Greek instruments (there’s a picture in the press release to prove somebody at least owns them). Oh yeah, these guys are Greek, and Greek metal can be pretty cool. And by pretty cool, I mean the creamiest of the whole fucking crop (see: Necromantia, Thou Art Lord, Varathron, etc.). Hailing from a land that helped shape heavy metal as we know it, Kawir offer us a well-needed slice of that good kind of pagan metal and an impressive addition to their output as a band.

Kawir introduces the album with “To The Sovereign Sun,” which opens with some tranquil, calming Greek instrumentation. Once you’re soothed, the band suddenly plows in all at once, landing a steel-toed dose of heaviness straight to the groin. It’s cool how the band uses the traditional instruments throughout the album in tandem with the metal or on their own. Triumphant guitar harmonies/melodies abound over the cohesive and superbly-executed song structures on Father Sun Mother Moon. There’s “clean” and “dirty” vocals: The dirty ones are usually gravelly yells; the cleans are usually group chanting (at times more ritualistic, like the bridge on “Hercules Enraged”) or harmonized, Enslaved-esque lows. All of the vocals work together as urgent battle cries, each playing off one another to paint a landscape of Greece B.C. They utilize some samples, like the clashing swords and war soundscape that opens “To Dioscuri.” It’s a killer song with a hook that you couldn’t get out of your head even with a battle-axe lobotomy, and if I were one of the Dioscuri twins, I’d gladly accept this rocking anthem as a more-than-worthy offering and grant my favor in return.

Not only do I highly recommend this album, I recommend that all you malakas throw away the less-worthy pagan metal CDs (or vinyls) in your collection to make room for Kawir’s back-catalogue and future releases. –Alex Coulombe