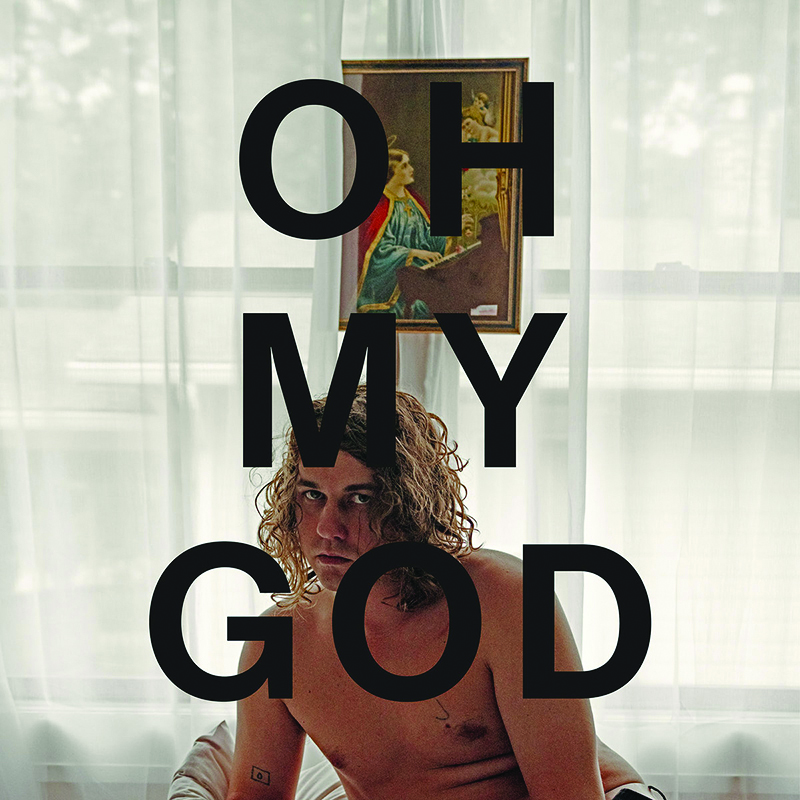 I can’t think of a better way to springboard a mid-career solo trajectory than to release a double-album concept record on religion, faith and the ever-present force of God—seems easy. It’s good to see that Kevin Morby is staying in the safest possible lane, steering toward the vast open spaces of mainstream music and the new post-millennial-record-buying public ready to lap up these themes like kittens to milk. Seriously, with his fifth solo album, Oh My God, Kevin Morby goes there—religion.

Before you readers run for the hills, bury your head in the sand, or simply chose to avoid it, Oh My God is not what you think. It isn’t born again, preachy treatises, annoyingly dogmatic overreaching or existential-crisis recoveries. Moby tackles these subjects—not as a seeker—nor as a doubter. Morby expertly approaches the subject head on as an elite transparent storyteller at the top of his art. Morby paints with broad celestial strokes from edge to edge. The beauty of this record is that Morby doesn’t treat this subject like a weight; he allows the heavy subject to hang like mist.

Morby brings his themes out early and often, including but not limited to: we are born clean, temptation, guilt and redemption. “When I was a child / Nowhere, no how / Nothing was made of fire,” Morby sings on “No Halo.” “When I was a boy, no rooftop on my joy.” Clean. Morby sings of the duality of the storm beneath the weather and the world above the storm—another theme that he returns to again and again. Temptation makes its appearance on the track “Seven Devils.” “The trees in my yard were shaking / Singing, you’ve been warned / And here comes the storm / If you want to survive, you better take that ride / With the seven devils on my train line.” The track is filled with scratchy live guitars that encourage the buildup to the album’s ultimate question: “What was I supposed to learn from all this?”

Morby steers us into the cement-like mud of guilt on the track “Piss River.” Guilt always starts with the love of our mothers. “See I came for your love but I stayed for your anger / And you rocked me, mama, like a baby in the manger.” Morby goes on to sing as if in a conversation with his mother and a higher power: “Oh my God, Mama, I’m scared / I know you are, baby—I am scared, too / Oh my God, Mama, I’m angry / I know you are darling / She’s angry, too / Oh, Kevin, She’s angry, at you.” Every lyric on Oh My God is a gold standard in songwriting, as every song floods out like a sermon. If this is what church felt like, I wouldn’t miss a single Sunday.

Morby’s magical lyrics will get your attention, and the music will hook you immediately. Oh My God is filled with brilliant instrumentation, including hums, vibrations, handclaps, flowing, start/stop choruses and a brilliant sleepy saxophone that sneaks itself through several songs. This album plays out like a Lennon/McCartney version of the Bible shot through a Sgt. Pepper’s Lonely Hearts Club Band filter with Bob Dylan’s voice. It’s sublime. As the end of the album approaches, Morby leaves us with final redemption on the track “Congratulations.” “You’ve survived / You’ve stayed alive / This life is a killer / But, oh, what a ride.” –Russ Holsten