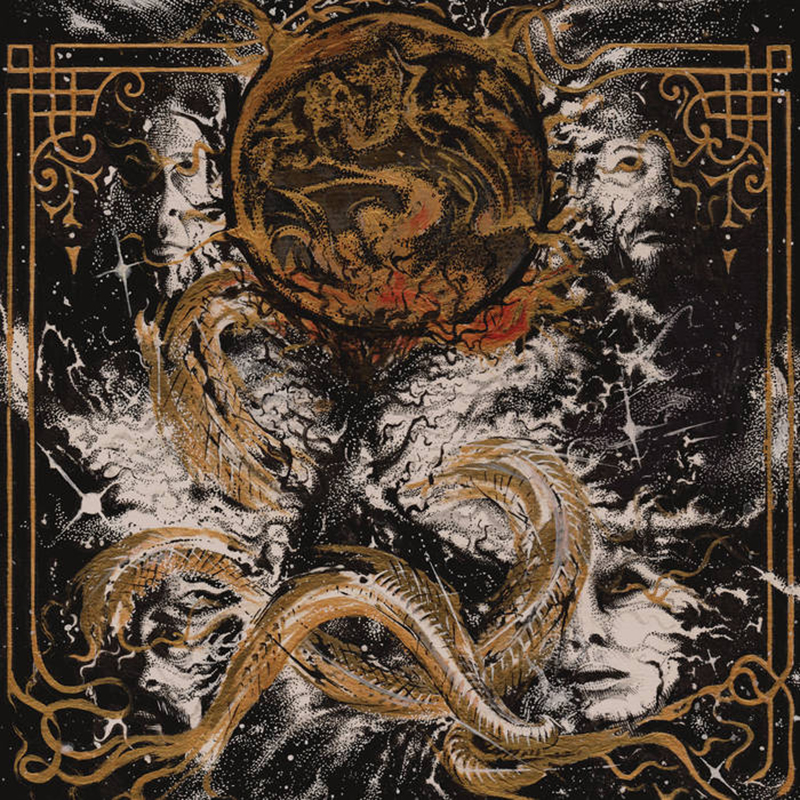 Review: King Woman – Created in the Image of Suffering

King Woman
Created in the Image of Suffering

Sometimes, it’s quite clear that music is a chemistry. Just as with screenwriting, you have your tropes. You take a few clichés and throw them into a screenplay and it works. Sometimes.

Take a group of people who all contribute something that, should work on paper: deep female vocals, Orange amps, gated fuzz; and heavy drumming. In this case, take the Bay Area’s King Woman. They make this formula work, and to their credit, it comes across as honest and true.

Kristina Esfandiari fronts King Woman, is formerly of the shoegaze outfit Whirr and who also releases albums under the moniker Miserable. Created in the Image of Suffering is the band’s full-length debut since they signed to Relapse Records earlier this year. Originally formed in 2009 as a solo project of Esfandiari, she eventually added three other members, rounding out the group. To follow up on their previous EP, Doubt, they entered the studio with sound engineer Jack Shirley (who famously recorded Deafheaven‘s iconic Sunbather album), after a much-maligned tour with Virginia’s seminal doom outfit Pentagram and Wax Idols.

In the past, King Woman has been likened to Mazzy Star and shoegaze, but you don’t hear much of that on Created in — especially the former reference. Instead, you get wave after wave of crushing riffs, endless gloom, moping and a very dark offering to a style of music that all too often drapes itself in the shadows.

At times, the album feels a bit tedious, grudgingly dragging itself along with drop-tuned, fuzz-heavy riff after riff, and with Esfandiari’s breathy vocals never letting up, the instrumentation never properly bleeds through. The monotony lets up in the middle of the album with the oppressively solemn track “Hierophant,” which, in turn, gives way to a brief moment of repose in the track “Worn.”

Though albums are ofttimes intended to be listened to front to back, Created ins closing track, “Hem,” perhaps sums up the entire album perfectly and would serve as a perfect introduction to what King Woman are capable of writing. “Hem” gives us the best glimpse of what King Woman have built up to with this album, exploring more sonic landscape than the entirety of the album, offering moments of quietude and repose before burying itself in sludge with Esfandiari’s weighted yet bleak vocals ringing out through the darkness.

Fans of sludge, doom and even shoegaze will like this. Created in offers something different to a vein of music rapidly growing in this day and age as more and more people put away their acoustic guitars and loop pedals and surround themselves with orange amps orange. It’s an album that is almost relentless in its suffering with its production offering a certain varnish that complements Esfandiari’s hopeless crooning and the crushing drums, guitar and bass that endlessly seek to obfuscate. One can’t help but feel that Created in is an album full of wanton suffering. An album that asks questions expecting dreadful answers, an album that defines a period of frustration and exhaustion. Created in is a fine effort by any account, and King Woman can only grow from this in the future. –Ryan Sanford