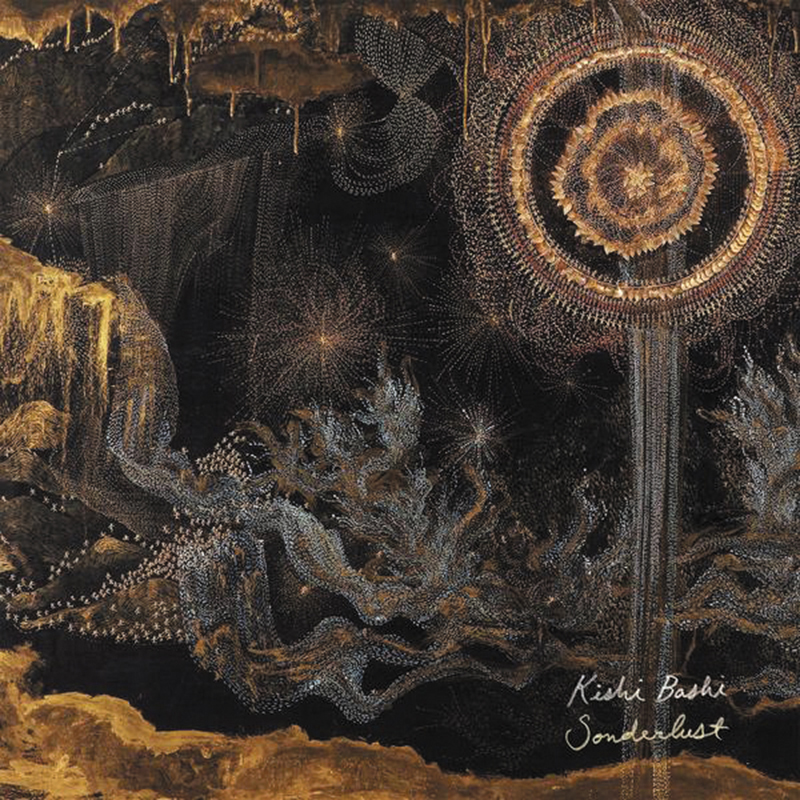 There is nothing quite as indefinable as falling out of love. The phenomenon—God damn it!—exists not in words, but only in jagged little feelings that shred our insides. They manifest themselves in all different modes, at all different times, and, if nothing else, implore a change: of action, of reaction or of heart. Such is the case with Kaoru Ishibashi, the man behind indie-psych outfit Kishi Bashi, who, when faced with such a God-damned phenomenon, dared to define the indefinable, express the inexpressible and encapsulate those jagged little feelings into one beautiful word.

Sonderlust, Kishi Bashi’s third full-length album, is an amalgam of cinema, melody and ear-piercing synth that’s been infiltrating our mini-malls since the ’80s. There is no categorizing it, this Sonderlust. It’s a breed of its own, one influenced by everything from lizard-lounge slow-rock to Sofia Coppola to the DeVotchKa song in I Love You, Phillip Morris. A track like “Hey Big Star” is the kind of pop song that will excite you about pop songs, while “Say Yeah” sounds like Tokyo’s fluorescent lights. There are Stranger Things scales on “Ode To My Next Life,” sweet three-part harmonies on the bouncy “Honeybody” and a Steely Dan–meets–Dire Straits–meets–Steve Miller Band vibe on the killer “Who’d You Kill.” Ishibashi, in his foraging heartache, thrives and triumphs, stunting the distinction of a single while aspiring to heal.

The album establishes Ishibashi as a feel-deep artist with guts, though that’s never really not been the case. He studied film scoring (a prevalent component in his work) at Berklee College of Music, titled his second album Lightght after an Aram Saroyan poem, and covered the Talking Heads’ “This Must Be The Place” in string. Ishibashi has dallied in numerous musical capacities as the founder of Jupiter One, a member of of Montreal and a violinist for the likes of Sondre Lerche and Regina Spektor. Since then, the Georgia-based musician decided to do his own thing: With the help of Kickstarter, he funded Kishi Bashi. Since commencing his solo career in 2011, Ishibashi has gained critical acclaim and friends along the way. He counts NPR’s Bob Boilen as a fan.

Ishibashi’s relationships, professional and non, have served him well. Sonderlust unites him with producer Chris Taylor (also the bass guitarist of Grizzly Bear) as well as drummer Matt Chamberlain (Fiona Apple, Morrissey), both of whom seem to understand and enhance Ishibashi’s unorthodox algorithm. Together, the group achieves a sound dissimilar to that of their contemporaries, one that pulls as much from the ’70s as it does from 2016. They experiment with tempo, speeding up and slowing down, like life at its most overwhelming.

The bulk of the inspiration, however, comes from Ishibashi’s wife—married 13 years, they separated during the recording of the album. You can often hear his struggle, the songs resonating like an out-of-step relationship: heart racing, heart stopping, heart beating on. You can hear that inexpressible sonderlust.

With this album, Ishibashi defines the indefinable—gives meaning to a phenomenon often uncharted and a name to those jagged little feelings, a name we pray that we need never use. Sonderlust is profound and futile, hopeful and shredded, an action and reaction, a death and a birth. Most of all, it is a change of heart: from one hardened to one softened by love. Ishibashi’s Sonderlust is a damn experience—one you may not be able to avoid. –Cassidy McCraney