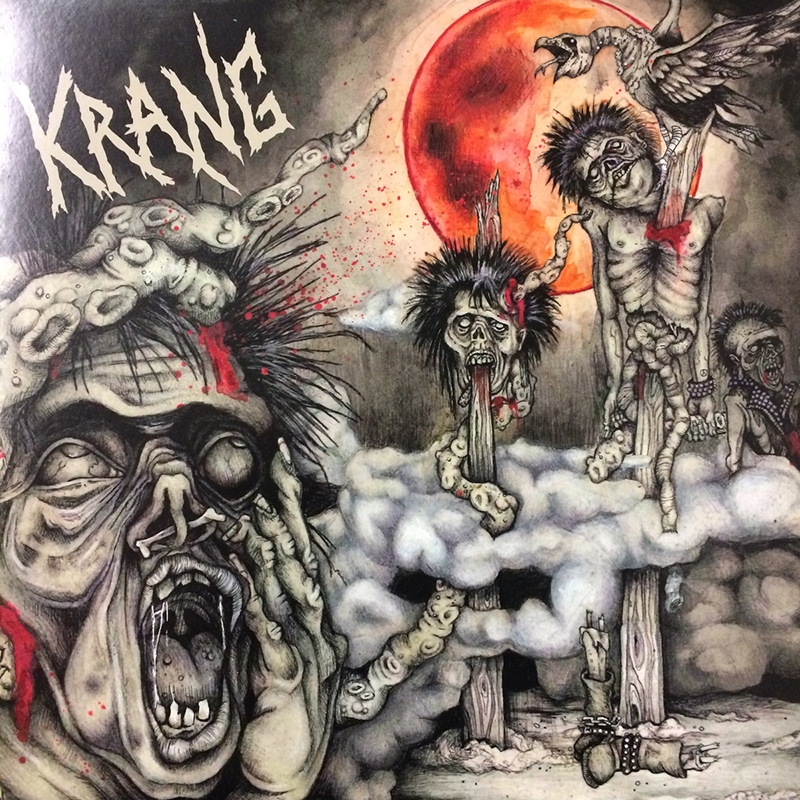 I feel spoiled receiving a physical LP of Chicago-based Krang’s Bad Moon. Generally, I receive digital versions of albums for review—getting the real deal is a real fucking treat! This is the same, dirty, crusty Krang that was on the band’s debut, Sounds of Death, but a more precise Krang. The crust-thrash style that the band plays, which they dubbed stench-core, comes in with more clarity on Bad Moon, and in that clarity is the ability to hear a lot of great guitar work. A whole lot of dirty shredding populates the LP—and riffs, oh the riffs! They’re the kind you hang onto in the pockets of your cranium for later use. I hugely appreciate the fact that the band knew that this release would be in LP format. It’s geared for the “Side A/B” listen, as each side has its own intro and vibe. Keep your ears open: Krang could just be the next big, stench-ridden thing. –Bryer Wharton