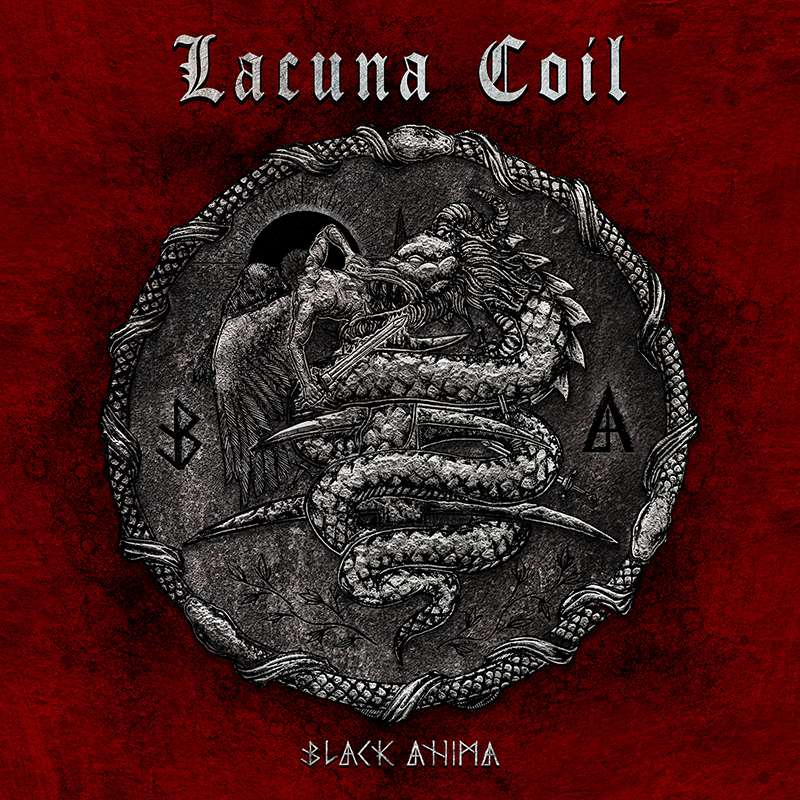 Lacuna Coil is a gothic metal band that was formed the mid ’90s. The Italian group is a big name in metal, consistently releasing albums since their formation. The group has experienced a lot of success since their albums in the early 2000s when goth rock and metal was becoming a big sensation. Lacuna Coil has been able to make changes to their music, while still staying true to the genre. They never do the same thing twice and Black Anima is no exception.

The opening track “Anima Nera” starts with lead singer Cristina Scabbia’s voice slightly distorted and high-pitched. The static in the background and the simple piano phrases starts the album out creepy. There’s also deep electronic sounds pulsing throughout that add to the spookiness just before Scabbia begins chanting. A sense of uneasiness will wash over listeners before this track fades into “Sword of Anger.”

This second track is more reminiscent of Lacuna Coil’s typical sound. It opens with co-vocalist Andrea Ferro’s screamed vocals that accompany Scabbia on many of the band’s tracks. Shortly after the intro vocals, heavy guitars start to strum, giving listeners the heavy metal feeling Lacuna Coil always brings to the table. It’s fast-paced and powerful. The group mixes in heavy metal sounds with electronic ones, but the vocals on “Sword of Anger” really stand out. Any fan of Lacuna Coil will tell you that Scabbia’s vocals are unique. In this track, Ferro’s vocals are in the forefront while Scabbia’s compliment and accentuate his. Ferro’s voice is screaming in your ears while Scabbia’s light, siren-like singing fades in from the background. During the chorus, Scabbia delivers her powerful lyrics while Ferro moves to the background. This variation in voice types and style keeps their music from becoming boring.

Following “Sword of Anger,” listeners come upon “Reckless,” which features Scabbia in the forefront on vocals while still having the driving music behind her. Her voice is hard to describe, as it’s completely unique to her. She has a tone in her voice that perfectly matches the sound of the roaring guitars behind her—not too shrill and not too deep. She’s able to project well and stand out amongst the heavy music. “Reckless” also adds interesting effects to her voice that continue to lend to the creepy feeling the album opened with.

As the album continues, the same formula is utilized: Scabbia and Ferro on dual vocals while the heavy music varies from speeding rhythms to powerful balladry. Each track tends to also have a flourish at the beginning, some sort of sound effect or unique accent that sets the track apart. The track “Veneficium” has this as well—the track starts out with Scabbia singing in a gothic choir style. This is one of the best tracks on the album, showcasing the band’s style that they’ve been utilizing for the past 20 years. This is the type of music that really pulls the goth kids in.

Lacuna Coil’s latest effort manages to stick to their trademark sound while still giving listeners a variety. Black Anima releasing in fall was perfect for the spooky sounds it provided. Overall, this is a good album for fans of the gothic metal style that has been around for a long time but lacking in recent years. –Emilee Atkinson