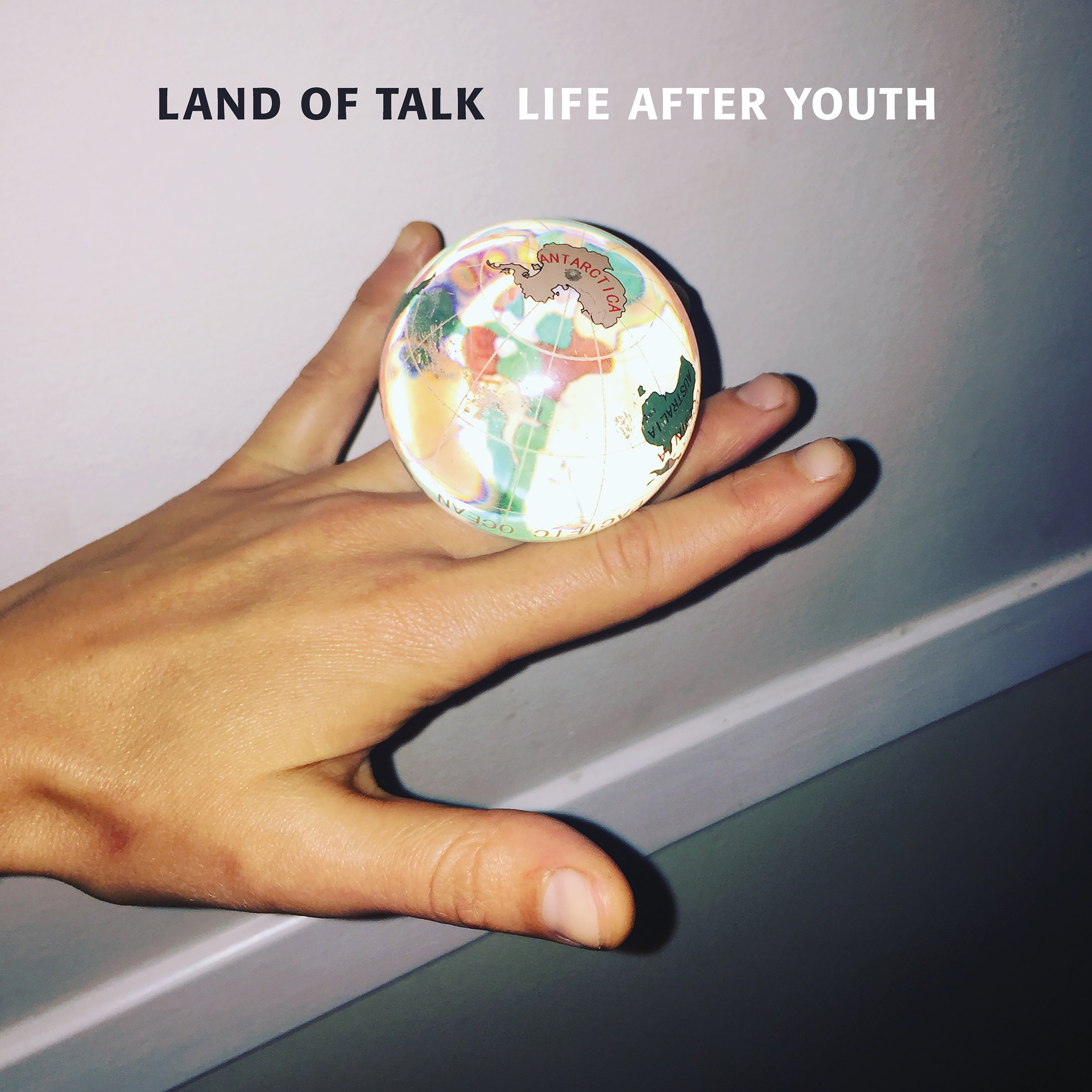 Land of Talk | Life After Youth

Land of Talk Life After Youth

Long after the first year I binged 2008’s Some Are Lakes, I actually picked up on the lyrics of “Some Are Lakes” that Elizabeth Powell was singing in her crooning, sometimes slightly unintelligible voice. They were “We’ve seen how sick winds blow, but I’ve got your bovine eyes / I’ll love you like I love you / Then I’ll die,” and I was warm all over again, falling in love with the song for new reasons. This is a normal thing that happens with Land of Talk songs. When Land of Talk started releasing singles for this album, I immediately started playing them over and over, and “Loving” was the one that caught hold of me and wouldn’t let go for a week, leaving me aching for the rest of the album. “Inner Lover” and “This Time” also signalled that this would be another great addition to the rest of Land of Talk’s work, but it was “Loving” that was irresistible, that kept me tumbling back in love with it’s sad but upbeat chorus: “There’s that song, touch her body here / It’s gonna get worse / Don’t say you live here / Don’t let it get cursed.” Powell’s voice and that song’s perfect hook picked me up and danced with me when moving my feet felt like a very difficult thing to do. I hope I’m not alone in feeling like Powell’s voice is an invaluable friend.

After all, anyone familiar with Land of Talk has to be familiar with the achingly sweet yet heavy and driving sincerity that every song conveys. That’s true of the songs on Life After Youth just as much as on past albums. Songs like the last-released single “Heartcore” offer up a familiar thrumming pulse, where honeyed guitar melodies give way to energetic bursts of sound and the chorus where Powell sings, “I don’t know, I don’t know if I’d let you in / If you will ever be true.” Playing with the phrase “heart of hearts,” she unblinkingly makes cliché language (including the pun “Heartrock” itself) into sublime yet visible heartache. Again, in “Inner Lover,” she translates melancholy love when she sings, “Take care of me / Whose heart you always own” before singing again and again, “You light it slowly / Your light is lonely / On me.”

On other tracks like “World Made,” Powell flits back in the more sun-glazed direction of “Loving” with a catching tempo rippling from the drums, and throws in an experimental, whirling moment of sound toward the end that isn’t a far cry from other parts of other past songs. I could go on to quote more lyrics from more songs, but pretty much all of the tracks on Life After Youth could have been singles. And despite this album having been released seven years after their last album, Cloak and Cipher, all the songs on this album could also easily slip in with those on Cloak and Cipher or the earlier Some Are Lakes. And while I feel like it’s usually more common to applaud growth and change in bands as time goes on, I feel like the consistency of these albums only shows how strong and confident a songwriter Powell is that her work is always so distinct in its sound. It differs mainly in that the title, Life After Youth, makes you search for signs of age in the lyrics. The age shows in that in addition to exploring love and loneliness, we sometimes brush up against time. When Powell sings in “This Time— “Together we laugh, the memory low / Finding ourselves, the phases were slow / ‘Cause I don't wanna waste any of this time / The body's still wasted”—we get a sense that Powell is not just feeling all the heartsickness of the present, but feeling the receding of the past, too. Listening to this album makes those feelings feel relatable, normal—even beautiful—and for me, less lonely. –Erin Moore