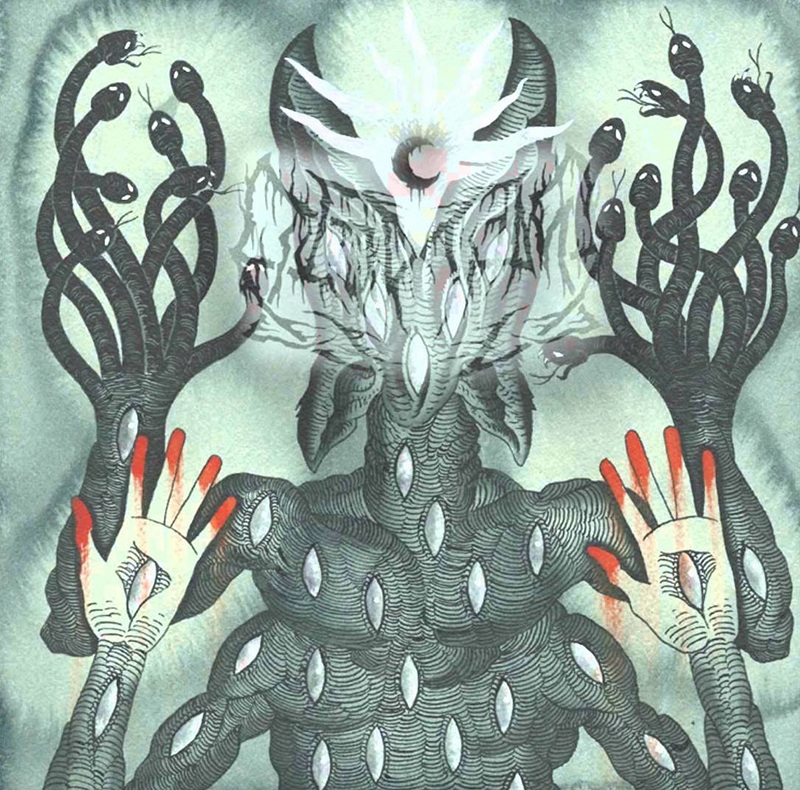 As a longtime Leviathan fan, I can say with confidence that Scar Sighted is the most fiendish, terrifying and kick-ass album released under the project’s name in years. Perhaps what sets Leviathan apart from other one-man BM acts is Jef Whitehead’s (or Wrest, as he goes by in the band) dizzying drum skills—not to mention his more guttural vocal delivery and the feeling of utter dread that his music inflicts. “The Smoke Of Their Torment,” drenched in samples and complex instrumentation, shows a promise of brutality for the rest of the album—a promise that’s kept by Whitehead until the last second. He’s never been afraid to get groovy or jazzy throughout his career with the project, and he certainly hasn’t abandoned this somewhat unconventional yet highly discomforting aura on Scar Sighted. I’ve literally (not the “figurative-literally” so often used nowadays) listened to this album every day since I got it… and I literally shit my pants every time I do. –Alex Coulombe