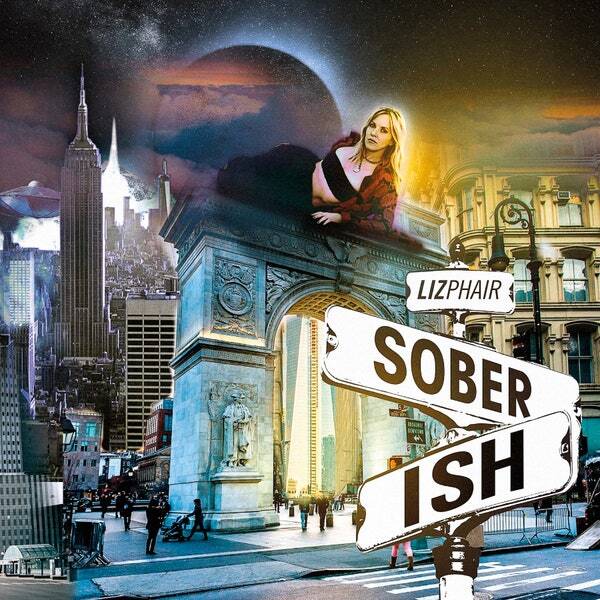 Liz Phair is an icon. Her 1993 debut album, Exile In Guyville, cemented her there. Guyville would become a sea-change record that rocked the music industry. Nobody saw the record coming, but when it dropped, it was louder than bombs. Guyville was an answer and response to The Rolling Stones classic Exile On Main St.—The Rolling Stones gave you 17 songs of male-centered rock-n-roll chaos, and almost 20 years later Phair followed with a song-for-song female response describing the Chicago indie scene. Both records had the same swagger. Guyville had so much sound and fury with an in-your-face intensity. It was an album that demanded to be heard.

Soberish is Phair’s first new record in 11 years. The record is a midlife hornet’s nest that Phair isn’t afraid to kick. “I’ve got so much to say / Somehow it’s never the right thing”, she sings on the title track. “I meant to be sober, but the bar is so inviting.” Phair continues her midlife reinvention on the track “Dosage,” where she describes: “I used to be just like you, doing a little more than what I thought I could handle / Take a page from the well-worn book, a fun night can lead to sex and scandal.” Phair tells stories from Guyville almost apologizing for the carnage of her youth, revisiting places with a new sober-ish way of reexamining her past. “I can’t help you, sitting drunk at this bar / I haven’t been back here in thirty-two years / now that I am older, I am facing my fear.”

Phair has never lacked the confidence to spit out insecurities and miscalculations—instead, she shares them like recipes. Phair’s blunt honesty makes her songs feel real, lived-in and understood. She scatters these feelings all over Soberish: self-alienation (“Spanish Doors”), a celebrity intervention using the unruly and obnoxious Lou Reed as a character (“Hey Lou”), loneliness (“Lonely St.”) and lost youth (“Sheridan Road”). There is failure and recovery in every song. Soberish is 29 years removed from Guyville, and Phair has proven that her version of rock-n-roll confessional realism still connects. With Soberish, Phair has unraveled a self-destructive travelogue of magic and loss that plays out in songs of experience.

Phair crowds Soberish with a confident guitar and added electronic hooks that grab you. It sounds like a mid-career Steely Dan album—pop songs constructed out of well written train wrecks with an addictive groove. On my first listen, I wrote off “Soul Sucker” as a filler song. On repeat listens, I can’t get the track out of my head. “Soul Sucker” is bookended by addictive chants of: “Do-do-do-do-do-do-do-do (I, I)” and “Ring ding ding, Ringa ding ding.” The track starts with simple piano and morphs into an addictive synth line that kills. I guarantee you will be humming this song about toxic people all summer long. My favorite track on Soberish is a confessional pop song called “Good Side.” Phair places herself in the song with blatant transparency: “There are so many ways to fuck up a life / I try to be original.” It’s Phair’s voice loud and clear. It’s a track that sounds like a sunny day with Phair expertly writing in all the thunderstorms.

In the late ’90s and early ’00s Phair spent a lot of time reaching for pop songs and a larger audience. She wasn’t the only one—fellow alt-rock stars Alanis Morissette, Shirley Manson and even Courtney Love all reached for the same thing with equally hit-and-miss results. It’s nice to see Phair get her groove back here. Soberish does not sound like ’90s nostalgia sludge: it sounds original and beautifully modern. It’s nice to have Phair back, and I am thrilled that a new generation gets the chance to discover her anew. –Russ Holsten