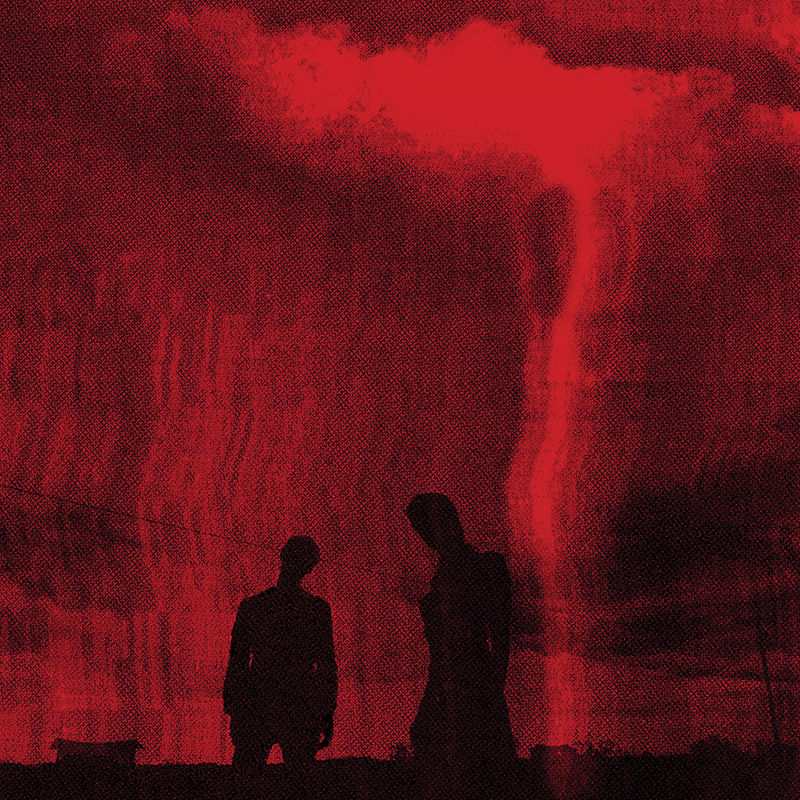 Lost Under Heaven | Love Hates What You Become | Mute

Review: Lost Under Heaven – Love Hates What You Become

Lost Under Heaven
Love Hates What You Become

I wrote a review for Spiritual Songs For Lovers To Sing back in 2016 by the band LUH (Lost Under Heaven). It was a new project by former frontman Ellery James Roberts of WU LYF (World Unite Lucifer Youth Foundation). His collaboration with his girlfriend and visual artist Ebony Hoorn was a spiritual, intellectual and haunting kick in the teeth. It was a fever dream of an album. Hoorn, though brilliant, was mostly used to float in and out of songs to polish off all the rough edges provided by Roberts’ vocal style of singing that sounds like throwing an electrified fence into an open fan. Songs For Lovers To Sing was a brilliant record: lyrically, textually, philosophically and conceptually. Roberts and Hoorn were the perfect fit. They were like two cats comfortable on a hot tin roof—one purrs with an intense, controlled calm, while the other vibrates  with an existential, nihilistic menace. I loved this record. It was one of my favorites of that year. Of any year.

On the follow-up to Spiritual Songs For Lovers To Sing LUH, now simply going by Lost Under Heaven, deliver a cathartic masterpiece. Love Hates What You Become is more of a shared record, though Hoorn’s presence is felt early and throughout. “Bunny’s Blues” is a song for the damned. It’s a napalm of a song that turns into a bloodbath. “I’m putting this fake face on,” Hoorn sings, “And I’m fixing this weave right / Assembling the mask that hides / A cocktail of emotion / Behind faithful devotion.” It’s Bunny’s act. “A knife stiletto / None of this is for decoration.” The track is a wall of sound with varying levels of screams, shouts, moans and soaring vocal stretches and recoveries. Bunny sings to the lost ones—the ones with their souls already stamped out. “There’s a wolf inside of me / I feel it clawing at my insides / It’s time for you to leave / You best start running / I feel bloodlust coming.” The track is a horror show of shame and despair, and Hoorn plays it perfectly.

On the flip side of this coin, Ellery James Roberts hasn’t changed one bit. He’s still yelling into the void, or he’s the void yelling back—it doesn’t matter. Roberts is an acquired taste. He begs you to listen, but it’s almost impossible to turn your ear away. When artists tilt toward the bombast and grandiose, I tend to quickly tilt the other way. I have no patience for songs that are measured in self-indulgence and self-congratulatory nonsense. I hate the arena-rock shoutouts that sound forced, manufactured and boring. The rock landscape is littered with such bands—Lost Under Heaven isn’t one of them. Roberts and Hoorn don’t pretend to know the answers nor do they preach cliched, ridiculous, sermons and pass them off as dogma. Roberts and Hoorn are heavy-handed in their delivery and tone. They encourage revolt over conformity, questions over truth and transformation over lazy salvation. “Silence is the song of your deepest nature / Where life transcends your shop bought personality / I look around me and see so many people / Who seem to have lost their basic humanity.” Roberts sings on “For The Wild,” “So why do we live in mind constructed cages of self-preservation? / Life is an eternal revolution / Chaos reigns supreme.”

I love how this record makes me uneasy and uncomfortable. I love how Roberts and Hoorn’s vocals play out like instruments. I also love how music can be loud, emotional and intelligent in 2019. “My generation’s burning / Still we sing our love songs.” Roberts sings on “Post-Millenial Tension.” “Everybody singing fuck the world / Close your eyes—we will be alright.” –Russ Holsten