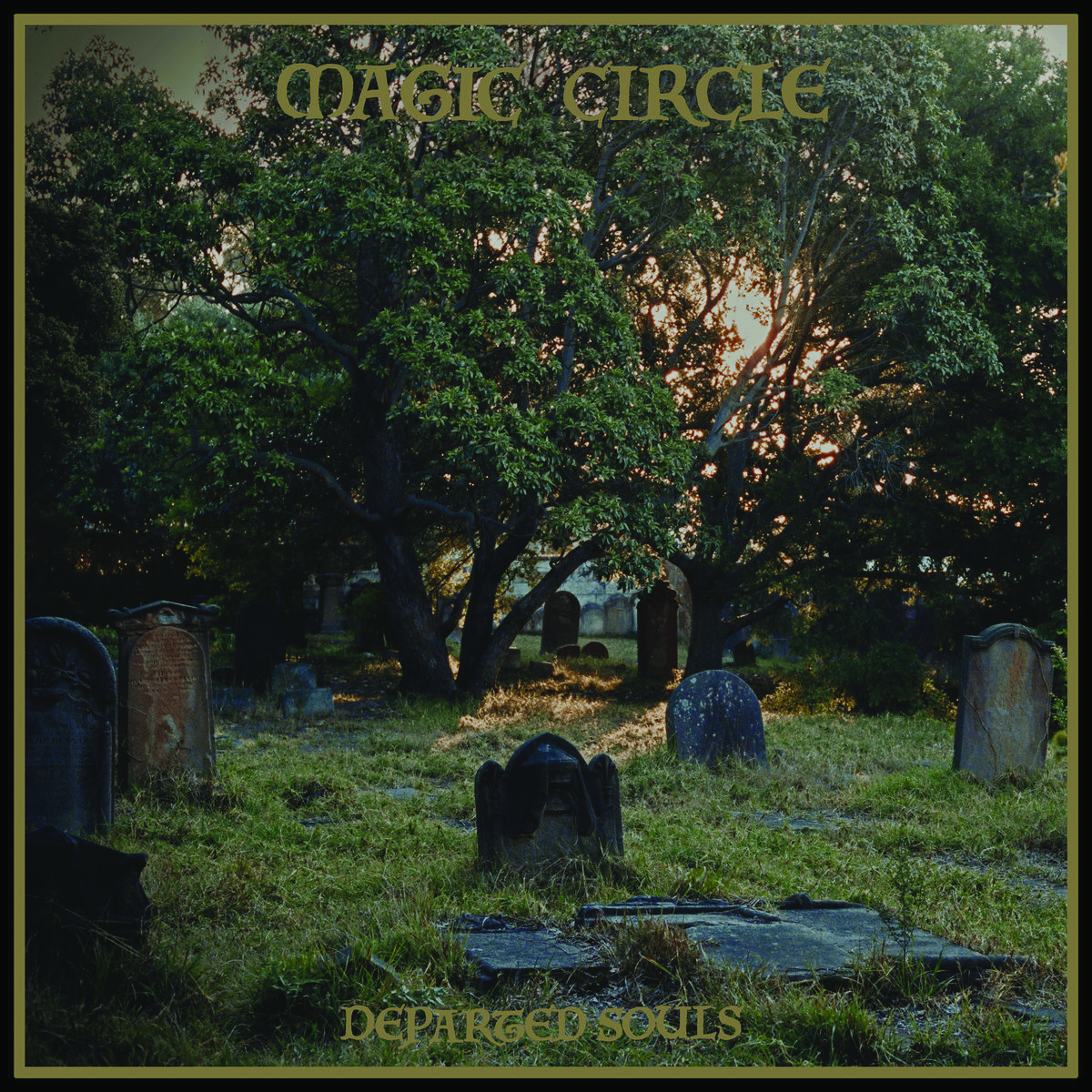 These days, it seems like there are so many run-of-the-mill bands out there who want to have that ’70s, Black Sabbath, doom metal sound. But Magic Circle aren’t your typical doom metal band. The band is heavily inspired by Black Sabbath but add their own original sound, creating an album that had me head-banging from start to finish.

The band members include Brendan Radigan (vocals), Chris Corry (guitar), Renato Montenegro (guitar), Michael Quartulli (drums) and Justin DeTore (bass). This is Montenegro’s debut album with Magic Circle. All of the members in Magic Circle come from other music projects, some from the Boston hardcore scene (Rival Mob, Mind Eraser and Boston Strangler) as well as other metal projects. Though the artists have worked together on other albums, the members decided to start a project honing in on the Sabbath sound, with their debut full-length back in 2013. While Radigan comes from a hardcore background, he nevertheless showcased his versatile vocal ability.

If you were to Google the album art for, Departed Souls, it would be hard to guess whether or not the band really did come from the ’70s. Departed Souls is the band’s third LP, released on 20 Buck Spin. Magic Circle’s third album is much more musically refined and faster tempo than their previous work. There are tons of Sabbath-style riffs throughout the entire album. Brendan’s high-pitched screams along and Cory’s melodic riffs, combined with the heavy rhythm, can be heard throughout the album. Magic Circle come together as a more cohesive unit in this album, versus their earlier releases (the band evolved from sludgy-doom to a cleaner-cut ’70s hard rock sound for this album).

The album was mixed by Corry and mastered by Andy Pearce and Matt Wortham (Black Sabbath, Rory Gallagher, Saxon) and lends Departed Souls a vintage feel with a modernly loud sound. Overall, the album has an upbeat pace. My favorite tracks on the album are “Nightland” (high-paced drums, high-pitched harmonizing vocals and an almost three minute guitar solo featuring riffs from both guitarists) and “Gone Again” (which has a different sound than the rest of the songs on the album with its mellow keyboard and echoing vocals).  Departed Souls sticks with the traditional doom metal theme of witchcraft, the afterlife and dream realm, ushering the listener into a world of enigmatic darkness.

Magic Circle bring their own originality to the highly saturated and emulated sound of Sabbath. Departed Souls breathes new hope into the genre of doom metal. They are able to create new and original songs while still keeping a vintage sound. This is definitely one of the better ‘70s-style metal albums to be released recently. If you enjoy loud riffs, high-powered metal vocals and solos, Departed Souls is definitely worth a listen! –Jean Carmichael