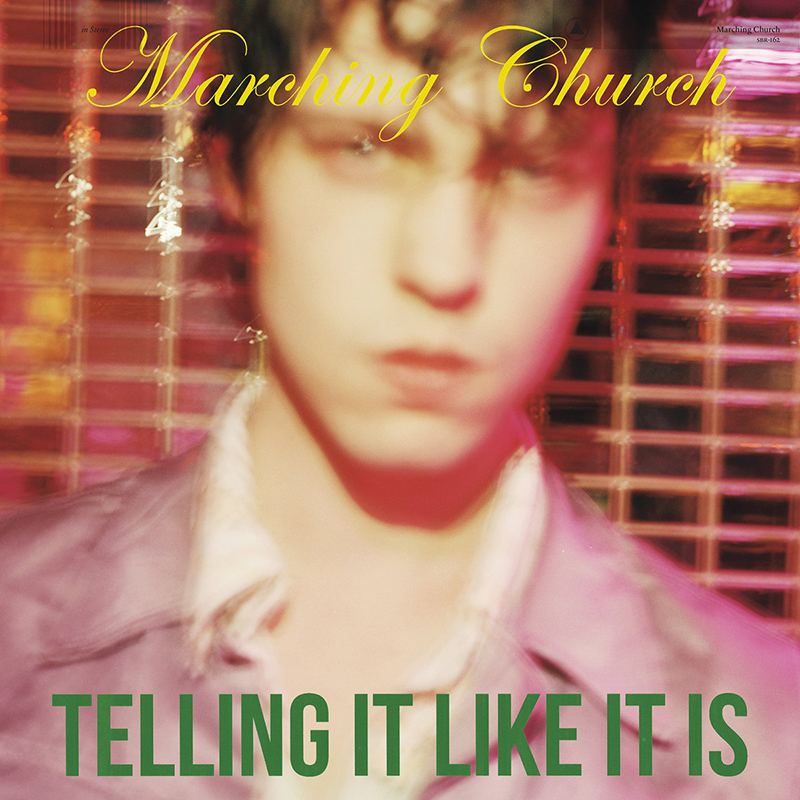 Singer Elias Bender Rønnenfelt (Iceage) has this pained but definitely nonsubmissive crooning that brings the simple but soulful songs together on Telling It Like It Is. They form a sort of plea/declaration that sounds a lot like what we would hear coming out of an abandoned inner-city street if we were there to hear it. Instead of a tree falling in the woods, it’s concrete on a dark, empty street singing out, and Marching Church says yes. It does make a soft, little sound, even if no one is there to hear it—in fact, only if no one is there to hear it.

It bleeds with a modern civility that seems to be pushing its way into our young, animal minds—growth pains for the self-aware, and if that hasn’t been felt before, this album is an insight into what it’s going to feel like. At times alienating and at others playful and collective, it’s a lot like opening a letter from a time capsule signed by rock n’ roll itself. The mindset that started the whole damned movement is prescient across the pickings of Rønnenfelt’s electric guitar.

When he calls out, “When one can’t belong, one feels the urge to ruin” on “Heart of Life,” it conjures a visceral image of the torch being handed off to our generation, our wave heading nowhere as we feel the weight of the world settle and rise upon us incrementally. On “Lion’s Den,” Rønnenfelt sings, “They never cared too much for you / Come on in / Just come on in.” Sung over some hushed whooping and what sounds like pipes being hit together, we get the feeling of a present that hasn’t changed since the past was still close to us—still coming in and going out of this world one at a time, still searching for the question that will put our minds at ease, for the things we know will make us whole, but wondering why it has to be those specific things that do.

Anthemic at times, it’s a definite shift from their previous work. The album as a whole carries a specific message that Rønnenfelt has attempted to convey over multiple bands and albums. Marching Church, what used to be Rønnenfelt’s solo project, has done the most to depict the demon that seems to be dancing on top of the prolific artist’s chest. He’s not complaining about any of it—he just needs you to understand what it is that is happening in his mind. The opposite shore of the anthemic is the harrowing hush of being in a crowd and not knowing anyone but getting excited about the freedom it entails.

Across the entire album, Rønnenfelt is about as close as you can possibly get to what it would sound like to be half-singing in a pitch-black forest, comforting yourself as you stumble around without knowing where you’re going. It’s this sound, maybe even more than the lyrics, that conveys the state of mind of a man emerging from out of whatever cocoon he’s been stuck in and finding it difficult to understand the place he’s been growing up in—as if what was once known has suddenly become not so. –Brian Udall