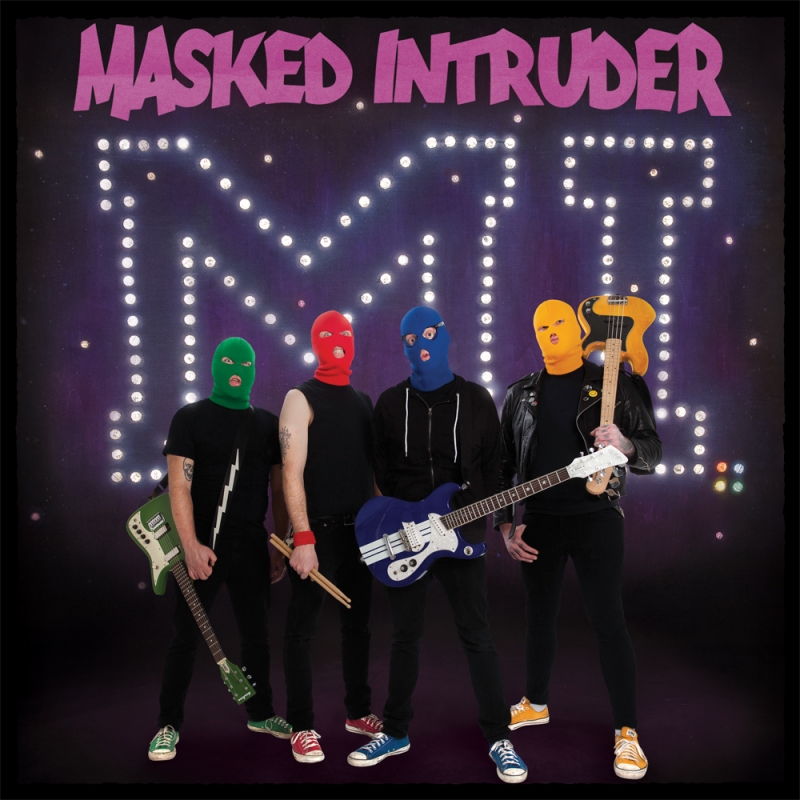 Well, the four masked felons Blue, Red, Yellow and Green have struck again with their second full-length album—more songs about heartbreak and breaking and entering. There is very little information on these four criminals, only that they are wanted for 13 counts of stalking, mugging and hopeless romanticism, as well as 13 more that were issued this year. These counts are detailed in such titles as “I Fought the Law” and “Crime Spree,” which solidify the band’s criminal notoriety. However, based on counts like “Don’t Run Away” and “Locked Up and Lonely,” we can conclude that these convicts direct their frustration from failed romantic endeavors to their unlawful acts. As touching as their backstories may be, these men are armed (with songs) and unloved. If you see them in your city, alert your local authorities, and parents, keep your daughters locked up, because Masked Intruder are at large. –Eric U. Norris
Photos: