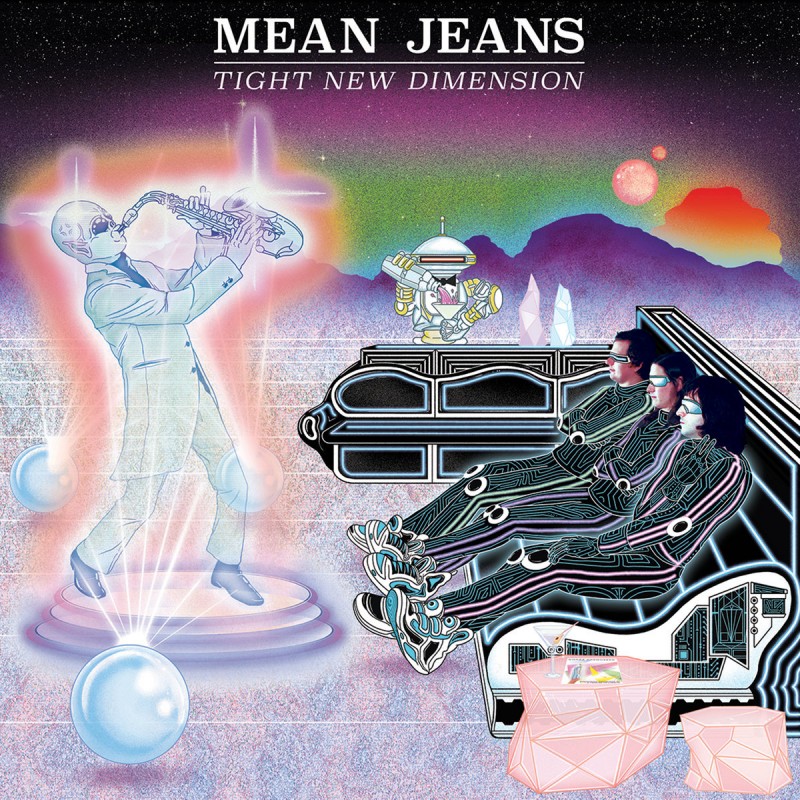 I’ll come out and say it: Pop punk is one of the most tired subgenres in punk’s cosmic web, and I groan in apathy when I find out that there exists yet another pop punk band. Ever so rare is it when a band comes along with something creative and new, but even scarcer are the bands that still stand out while reveling in the nostalgia. Mean Jeans are a band that, on the surface, sound generic, harmonies that are played over three-chord Ramones-style riffs with equally evocative vocals; catchy pop hooks with a garage rock influence; quirky, tongue-in-cheek song titles; and time lengths that rarely stretch past two-and-a-half minutes … but similarly to the way pop punk blew up, whatever Mean Jeans did all works.

As a band that blatantly dismisses the straight-up pop punk label, Mean Jeans definitely don’t sell themselves short. While the dominance of pop hooks and three-part harmonies and vocals that actually sing rather than shout are the stronghold of the band’s sound, their off-kilter sense of humor makes me think of Bill and Ted, if they formed a punk band. Much like the Bill and Ted movies, Mean Jeans are a band to be taken lightly. Tight New Dimension is mostly void of deep-rooted political satire, socio commentary or hard-hitting personal stories that hit you over the head with metaphorical lyrics. Mean Jeans are strictly a band that plays to make people laugh. The songs grapple with signature Ramones sound, including incorporating “Jeans” into the band members’ names, and with lead singer / guitarist Billy Jeans’ vocals sound like a combination of Joey Ramone and Kody Templeman of Teenage Bottle Rocket.

Songs like “Long Dumb Road,” “Michael Jackson was Tight,” “Allergic to Success” and “4 Coors Meal” are rampant little bastards that are carried by fast-paced tempos and a gauntlet of power chords. While those uptempo ordinances take up the majority of the album, I felt the stronger material lay in the slower, more somber derivatives. “Trash Can” stays pretty mid-tempo throughout with hilarious lyrics about wanting to sleep in a dumpster rather than with ex-lovers; “I Don’t Care That I Don’t Care” and “Are There Beers in Heaven?” are both held together by a standout guitar melody and an easy-to-follow chorus; and “Nite Vision” switches it up by starting off slowly in the verse and revving it up in the chorus without losing any of its vitality.

On the whole, the best way to describe Tight New Dimension is party-punk—it’s music that makes you want to crack open some cold ones and get moving with your friends. The lighthearted spirit and quirky humor holds a lighter to classic Ramone-core bands like Naked Raygun and Screeching Weasel while also drawing influences from newer seminal acts. Tight New Dimension gets fast when it has to be and slows down when it needs to, but never loses its catchiness, humor or footing. –Eric U. Norris