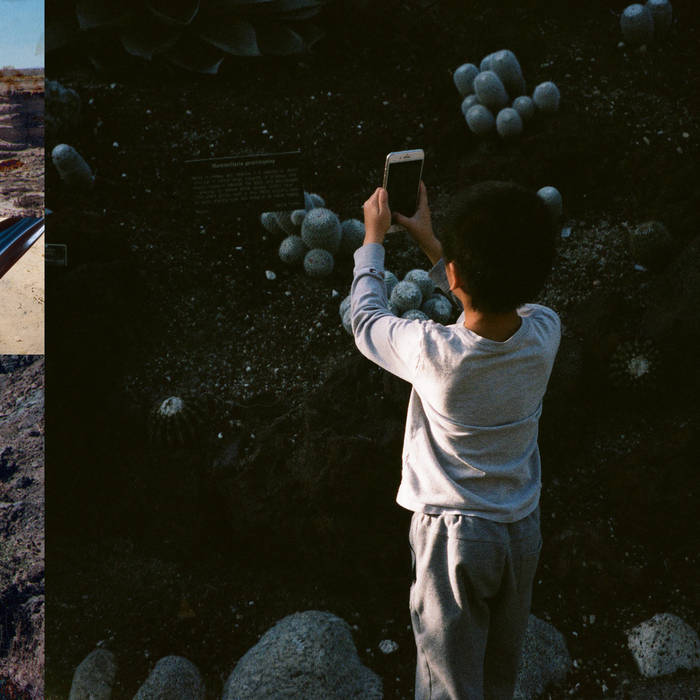 Photo courtesy of Paradise of Bachelors.

Review: Mega Bog – Life, And Another

Mega Bog
Life, and Another

Wading into dark pool of enigmatic sonic depths, an air of mystery and ever-present anxiety lies within the pall of vague obscurity that is Life, and Another. It has a shimmering quality, a fluidity to the music despite its conception in the desert of New Mexico. Listening, you begin to understand why alien encounters are so often associated with the isolation of the American Southwest. Life, and Another is spooky, yet very much alive in its strangeness.

Erin Birgy—the experimental musician behind Mega Bog—birthed this creation (her 5th record!) with a crew of longtime collaborators and friends including James Krivchenia (Big Thief), Meg Duffy (Hand Habits), Zach Burba (IJI) and more. I wouldn’t put it on at a party, but if I was trying to impress a music nerd or cook alone with a great deal of existential questioning on my mind, Life, and Another would be spinning before you could say “surface texture.” All flowery music language aside, this is prime spiraling music—despite the shadows and obscurity cast about the record there is something hopeful, upbeat and magical kept alive by the buoyancy of the percussion. Nevertheless, you get the impression these songs are written by someone who thinks about death a lot from the perspective of a casual observer and eventual participant.

“Weight of the Earth, on Paper,” the most urgent song on the record and the single that first got my attention, bounces hurriedly and bubbles lightly. Birgy’s charmed voice and the track’s driving percussion give way to what must be the whole indie all-star team listed above and their roommates chanting as the song builds to conclusion. It’s my favorite song of Birgy’s to date, only potentially matched by “Crumb Back,” a poppier follow-up that features joyful horns, ripping guitar and equally lively rhythms.

There are a few purely instrumental songs scattered throughout the record not unlike the pith of a grapefruit: Bitter, strange but structurally important, these tracks provide a necessary void that allowed me to ease more deeply into the patchwork world Mega Bog has created. Ending on a beautifully crafted, staring-out-the-car-window song (on your way to change your name and start a new life perhaps?), “Ameleon” closes the record with Mega Bog’s most powerful, blissful guitar riffs to date and Birgy’s enchanting voice swelling into one.

This is good, underappreciated music. Take a Mega Bog rip and stare at your tongue in the mirror for awhile and tell me you don’t feel the same. –Dylan Bueche