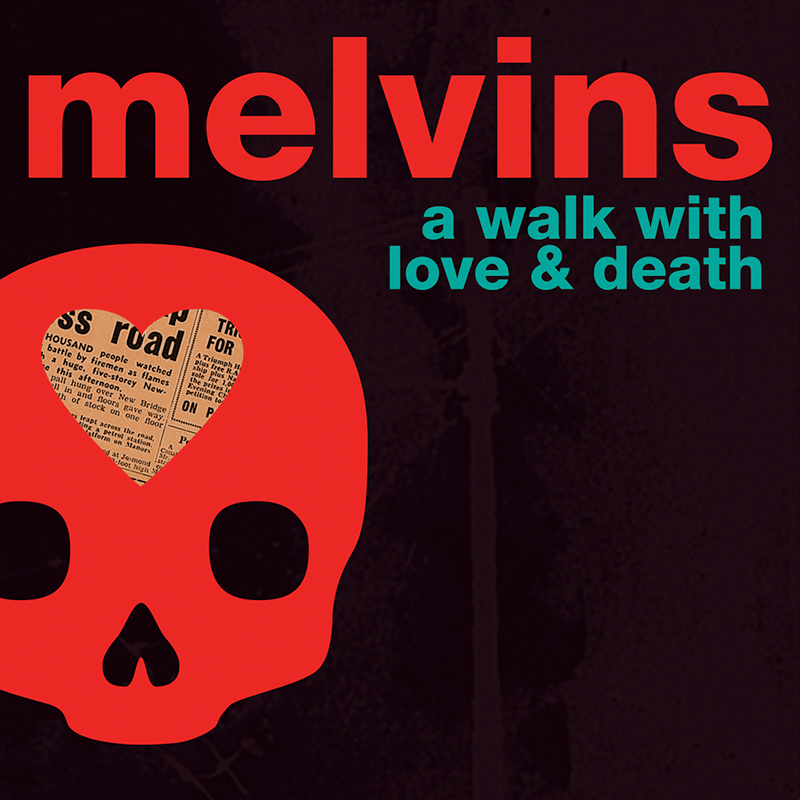 Review: Melvins – A Walk With Love and Death

Melvins
A Walk With Love and Death

Melvins fans will be dusting off their intergalactic muumuus in preparation for what is surprisingly the first-ever double album from the band, A Walk With Love and Death, and the subsequent huge summer tour.

Following their 2016 release of Basses Loaded, this pivotal undertaking marks not only the first double album for the legendary experi-METAL band, but also explores the versatility of the trio through music and film. The album is split between two very distinct motifs de Melvins, both true to the menagerie of sound one can expect from the avant-metal group. On the one hand, Tracks 1 through 9 make up the album’s first half, Death—a fucking good Melvins album. On the other, the remaining 14 tracks compose Love—a Fantômas-esque cacophony of terror-inducing sounds. It’s ASMR for the devil, if you will, and it’s the soundtrack to a short film of the same name self-produced by the Melvins and directed by the Melvins’ experimental remix (Chicken Switch), producer, Jesse Nieminen, with a release date yet to be determined.

The album’s more straightforward half, Death, has all the makings of a great Melvins album, featuring long-standing members Buzz Osborne and Dale Crover with bassist Steven McDonald (Redd Kross/OFF!). “Black Heath,” the album opener, begins with a gentle instrumental tickle that fades out into another mellow, aptly named stoner jam, “Sober-Delic (Acid Only).” Just when you thought you were going to get bored, you find yourself wading through the thick sludge of “Euthanasia,” which is promptly parted by Osborne’s sharp guitar and billowing vocals. Only then do you emerge sparkly and clean a few tracks later with “Christ Hammer,” a nod to the Houdini-era Melvins’ grungier side with just a little bit of a cleaner production than we’re used to hearing from the Melvins.

I don’t think that, even if I had written the short film, I could parse any context or implied theme from the ambient noises and sounds that make up the Love soundtrack portion of the double album. “Aim High,” from what I can gather, is ambient talking from, let’s say, Cheesecake Factory, with a disjointed piano tune and synth noises that remind me of an out-of-tune version of the song from Close Encounters of the Third Kind.

The whale sounds on “Street Level St. Paul” pissed off my cat big time and activated a primal rage within me via disembodied guitar riffs and theremin shrieks. “Eat Yourself Out” is five minutes of nerve-racking, repetitive noises—kind of like a Saturday morning in a cul-de-sac where one of your neighbors is having a domestic dispute that involves robots and the other’s kids are fighting while their drunk uncle plays a bent trumpet.

After watching the trailer for the film, it all made so much sense! Just kidding, I still have no idea what is happening.

The Melvins have been producing albums—scratch that, AMAZING albums—for 30 years, and though this reviewer didn’t buy into the “Melvins take on the silver screen” aspect of this double album, the Melvins have still produced another reliably doom-filled jelly donut of a release here with A Walk With Love and Death. You will find me at another awesome Melvins show this August, probably in glitter frock, à la King Buzzo. (Urban Lounge, 08.17) –Darcy Mimms