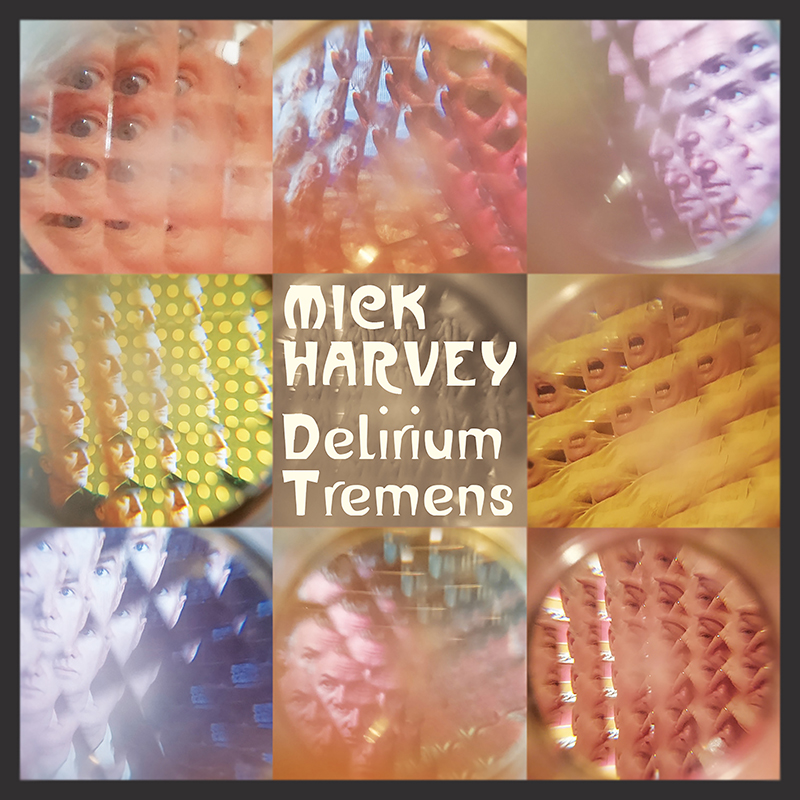 Some two decades and change after he began his recordings of Serge Gainsbourg’s sexy and often kitschy songs, Mick Harvey (Nick Cave and the Bad Seeds, Crime and the City Solution, PJ Harvey) returns with his third volume, Delirium Tremens, following up on the boozy, woozy Intoxicated Man (1995) and Pink Elephants (1997). Given Gainsbourg’s nearly legendary status in France (and beyond), it is perhaps gutsy for Harvey to undertake his own translation of the material, but with such a rich body of work to choose from, it’s an understandable choice. Over the course of the album, Harvey recalls both his own previous albums and the work of his fellow Bad Seed bands, giving the songs the feel of James Bond Themes for a Darker Age.

The album opens with the weird, David Lynchian “The Man With The Cabbage Head,” which is about being drunk and stupid in love—and all the financial ruin and disasters that come with that state of being. “Deadly Tedium” is a smoky jazz number that sounds like something by fellow Bad Seed Barry Adamson, while the cutesy love song “Coffee Colour” follows like a garish, 1960s sitcom with a too-bright laugh track.

After that, the album takes a darker turn, getting closer to my favorite tracks from Harvey’s previous albums. “The Convict’s Song” recaptures the jangly but driving monotone intensity I associate with Harvey’s work with Nick Cave. Next up is the upbeat and lyrically controversial “SS C’est Bon” (that “SS” is a reference to the Nazi Schutzstaffel). If the choice seems offensive, note that Gainsbourg was a Ukrainian Jew who grew up in occupied France, so a certain amount of sarcasm is likely in a song whose title translates to “The SS—it’s good!”—sarcasm that’s borne out by the dissonant ending layered on top of breathless lyrics.

“I Envisage” captures the hot summer stickiness of my favorite Crime and the City Solution song, “The Last Dictator,” and, along with the beautifully melancholic, 1960s-inspired “A Day Like Any Other” sung by Xanthe Waite (The Amber Lights), is my favorite track. Also excellent is “A Violent Poison (That’s What Love Is),” with its wonderfully dismissive and angry lyrics of a man who has dated more than his fair share of women. Along with “More and More, Less and Less,” these latter three songs tell a story of a love affair and breakup. The album rounds out with two of the weaker songs: the overly twee “Don’t Say A Thing” and the treacly ballad “La Décadanse.”

This last is, while not my favorite song, at least interesting because it features Harvey’s longtime partner, painter Katy Beale.

Delirium Tremens is, overall, a really nice collection of good-to-great songs, but it doesn’t quite solidify into a satisfying whole, which is the same strength and weakness of Harvey’s previous Gainsbourg tributes. It’s definitely a good buy for any Bad Seed completest (like me).

Listen to this album while driving very fast British cars after successfully infiltrating secret Soviet strongholds in the late 1960s, and make sure there’s at least one very pretty girl in the car to round things out. –Madelyn Boudreaux