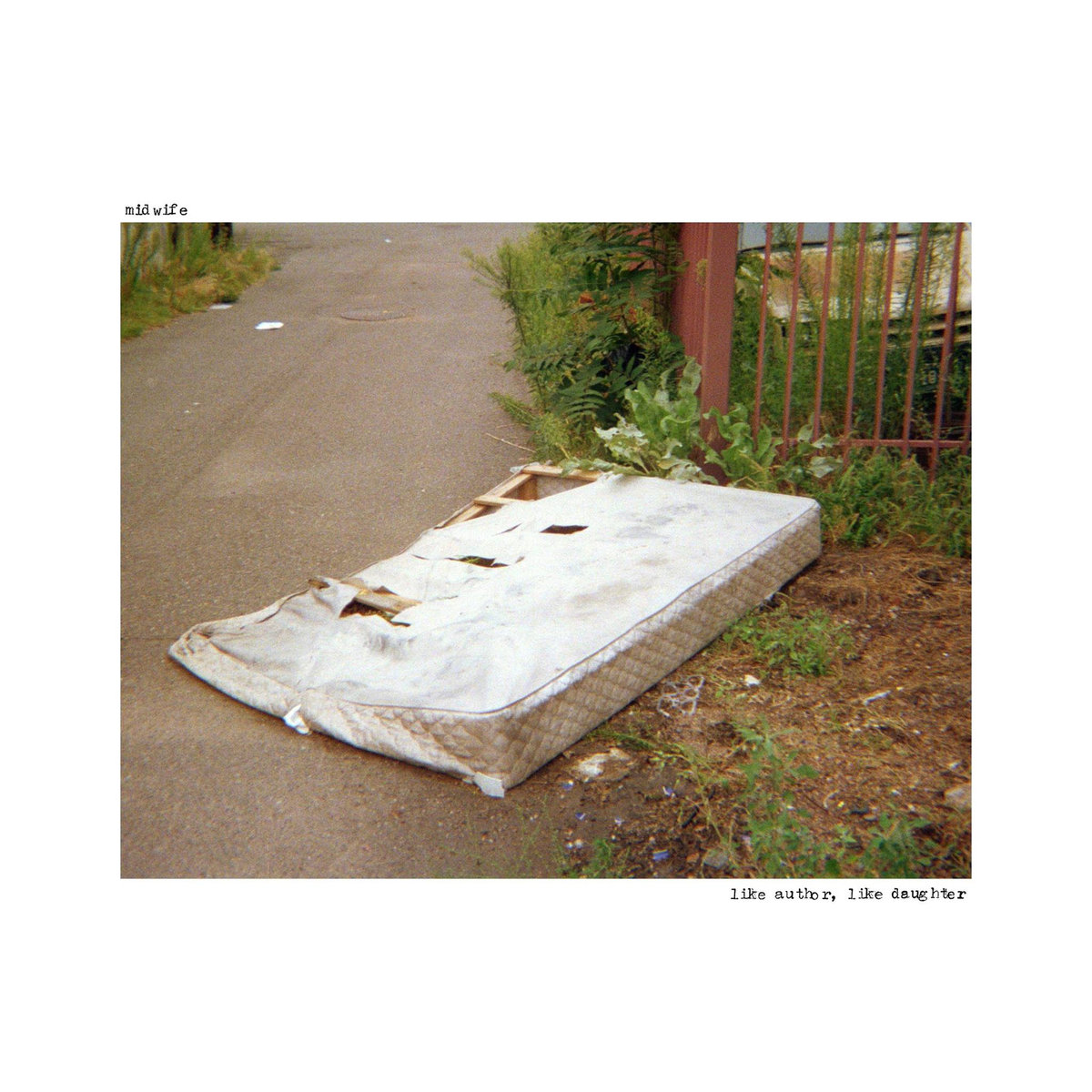 Midwife are one of the projects of Denver’s Madeline Johnston (who notably released last year’s heart-wrenching You Don’t Have to Be a House to be Haunted under her Sister Grotto moniker), this time joined by Tucker Theodore’s instrumental accompaniment. Their new record, Like Author, Like Daughter, takes Sister Grotto’s vocal-driven ambience into denser, more abrasive styles. Heavy on distortion, reverb and repetition, LA, LD delivers a group of melancholic, emotional songs that inhabit a cloudy musical space.

The record opens with one of its most explosive tracks. “Song for an Unborn Sun” is a massive composition of overdriven guitars, densely layered vocals and sporadic feedback loops. Johnston’s voice is on the offensive here, the many overdubs bursting through the mix like a thousand unison chants. The climax near the end is one of LA, LD’s most rewarding moments, with the choir of guitars reaching heavenly heights and Johnston screaming, cathartically, “Why can’t you see me?” This style of empowerment-through-expulsion is common on LA, LD and characterizes some of its best tracks.

As such, “Haunt Me” and “Way Out,” with their equally crushing atmospheres, are also stand-out tracks. Especially noteworthy is the drumming on “Way Out,” an addition that lends the track some tangible grounding, a contrast to the album’s otherwise floating pieces. When Midwife explore minimal compositions elsewhere, there’s an eeriness present. “Name” features one repeating guitar line, but the pained vocals in the second half are some of Johnston’s most stunning and visceral.

More often than not, Johnston’s lyrics are buried past intelligibility by reverb and distortion. It’s still easy to pick up on how she repeats her words, letting the message sink in over time. When she sings lines like “I’m not ready to die” on “RTD pt. 2,” or “I’m not at home” on “Name,” the power in these already emotive phrases builds with each repetition to embody more than simple sentences. In these moments, Johnston and her many overdubs feel like the spokespeople for anyone sharing their feelings of loss and uncertainty, signaling for widespread empathy.

Like Author, Like Daughter isn’t without missteps. As the nine tracks wear on, Midwife’s anthem-driven, distorted bliss starts to feel predictable, and the neither sluggish nor speedy tempo each track takes doesn’t bring enough variance to build momentum. This leads to many of the tracks feeling interchangeable, each one offering the same or a similar feeling as others: the quiet, withholding sadness of “Reason” isn’t an entirely different experience from the meditative sorrow on “Liar.” Further, some of the longer tracks are just boring. “RTD pt. 1” is the only instrumental cut, but it doesn’t justify the absence of Johnston’s voice. The seven-minute track plods along a plaintive guitar line while Midwife employ subtle ornaments of distortion and feedback, though the track never moves past its calm moodiness.

The biggest fallout on the record is the closer. “You Don’t Go” features over nine minutes of endlessly repetitive drum loops and guitar lines, along with the characteristic reverb-drenched and distorted vocal lines found everywhere else on the record, offering no unique twists or changes. Like Author, Like Daughter has some incredible moments of heartfelt noise pop, showing Johnston’s talent as a musician, songwriter and sound designer. However, the record as a whole spends too much time on an inoffensive middle ground, leaving it feeling slightly underdeveloped. The small moments of crushing loudness and harrowing quiet are sufficiently promising that Johnston has the potential to craft a cohesive, wonderful record. –Connor Lockie