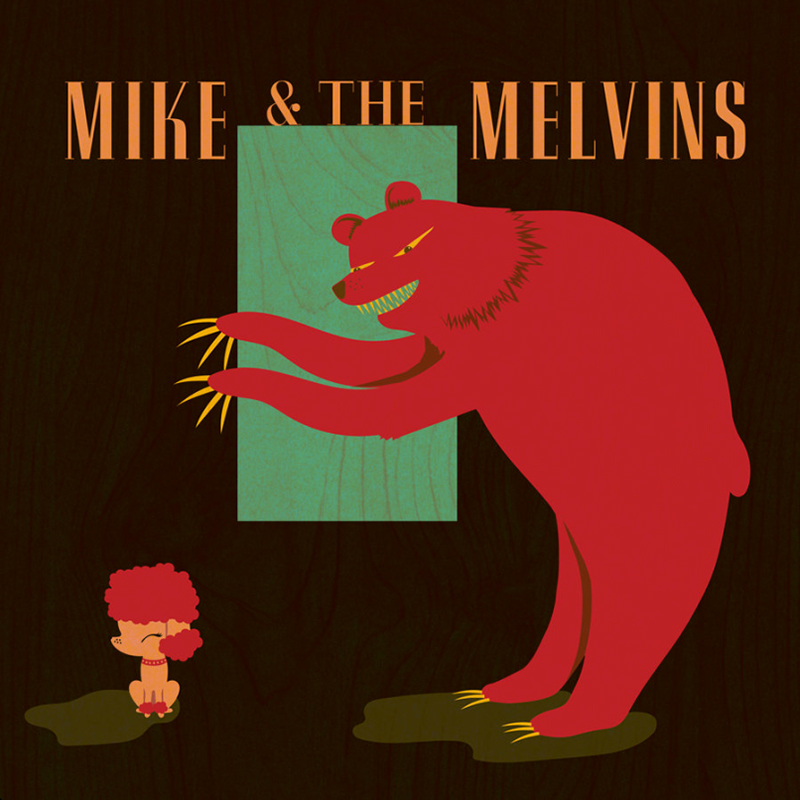 Review: Mike and the Melvins – Three Men And A Baby

Mike and the Melvins
Three Men And A Baby

Three Men And A Baby is a collaboration between sludge rock legends the Melvins and bassist/vocalist Mike Kunka from godheadSilo. It’s a meeting of the warped and interesting minds that came together at the end of the 20th century. The Sub Pop album was originally scheduled for release in 1999. If you were to open a music time capsule from 1999 your first instinct would be to put kerosene, gasoline or napalm to it and burn it to ash, destroying all evidence. Grunge had already been taken behind the woodshed and shot, heavy metal was already dead, and what was passing for alternative music was sour and rotten like past-due milk. Boy bands, pop princesses and faux country acts ruled the airwaves. The music industry was a 9 fire—so was the world. The Senate was trying to impeach President Bill Clinton for a blow job, Star Wars: Episode I – The Phantom Menace opened to big box office numbers and would go on to disappoint an entire nerd nation, and Columbine destroyed our high-school idea of innocence and youth.  Despite what Prince had been telling us, it was a horrible year. The world was in a panic. Clocks were counting down to Y2K and the end of the world. It didn’t happen, and neither did the Three Men And A Baby album.

Sixteen years later, like hardened, grizzled detectives, Kunka and the Melvins returned to Three Men and a Baby like a cold case that still needed to be solved. The beauty of it all? The Melvins had never left. The Melvins are one of the most underrated bands over the last 30 years, and quite possibly one of the most respected. They’ve survived New Wave, grunge, EDM and any name you want to put on a music movement over the last three decades. Having married hardcore punk with Black Sabbath years ago and merging their unique sense of silly and doom with a sound that explodes at you like a runaway diesel truck trying to drive through a tar pit, the Melvins are still here. They should be masters of the universe by now with all the royalty checks they should have received for pretty much inventing ’90s rock.

Buzz Osbourne aka King Buzzo (guitar/bass/vocals), Dale Crover (drums/vocals), and Kevin Rutmanis (bass/vocals) still bring the noise. Kunka proves to be a great addition to the well-oiled machine that is the Melvins. The first single, “Chicken ‘n’ Dump,” was written by Kunka’s nine-year-old daughter. The song is a grinding sludge gem that slaps you in the face. “Limited Teeth” is also a standout treat, delivering pure metal guitar bliss. It was “Bummer Conversation” that got my attention, though. It’s a little bit of a ’90s music heist—or it’s a reminder that Mike and the Melvins did it first. It’s a headbanging grunge crunch with a White Zombie monster funk and a sprinkling of sing/talk vocals that remind you of Gibby Haynes and The Butthole Surfers. All the while, Mike and the Melvins seem to be in on the joke: ”It’s too good to be true / What the hell is wrong with you?” Another track that brings up the past is “Annalisa.” The song is a bass and drum–driven burner that sounds a tad familiar. If Kim Deal wandered in and provided backing vocals, it would sound like a classic Pixies song that would comfortably exist on any Pixies album.  Whether it was written in 1999 or added in 2016, the song “Read The Label (It’s Chili)” sums up the last 16 years: ”This used to be the future / Now it’s just shit / You seen it coming / You stepped in it.” The future in all its glory—smartphones, Donald Trump, Sandy Hook and fucking ISIS! We’ve definitely stepped in it.

The album was worth the wait. I hope they plan to revive this project in another 16 years. April fools! –Russ Holsten