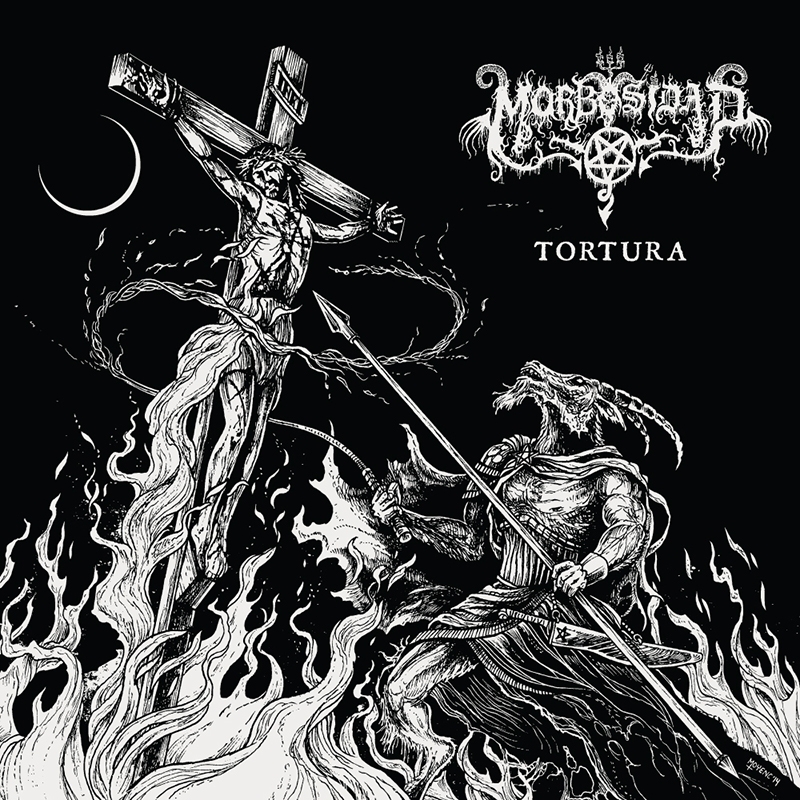 The four songs on this nice and vicious MLP release from Texas underground black/death metal heroes are balls-out, fantastic, need-to-hear ear-crushers. The band known for having some pretty gritty production tones actually took a bit of a cleaner approach with these songs, and it sounds amazing—even on an MP3 promo. The tones presented have that tinge that make vinyl hounds know this will sound even more amazing on that precious wax. The black metal side feels slightly toned down for Morbosidad—instead, the MLP reeks of the dark thrash chaos similar to the black metal bands in the equation with hints of death spewing. Add some of the Brazilian speed contingent, and you get the idea—only with renewed hate and even more glorious speed and gritty, tar-tainted riffing. There is a reason Morbosidad are underground heroes, and Tortura furthers that nail into the metal cross. –Bryer Wharton