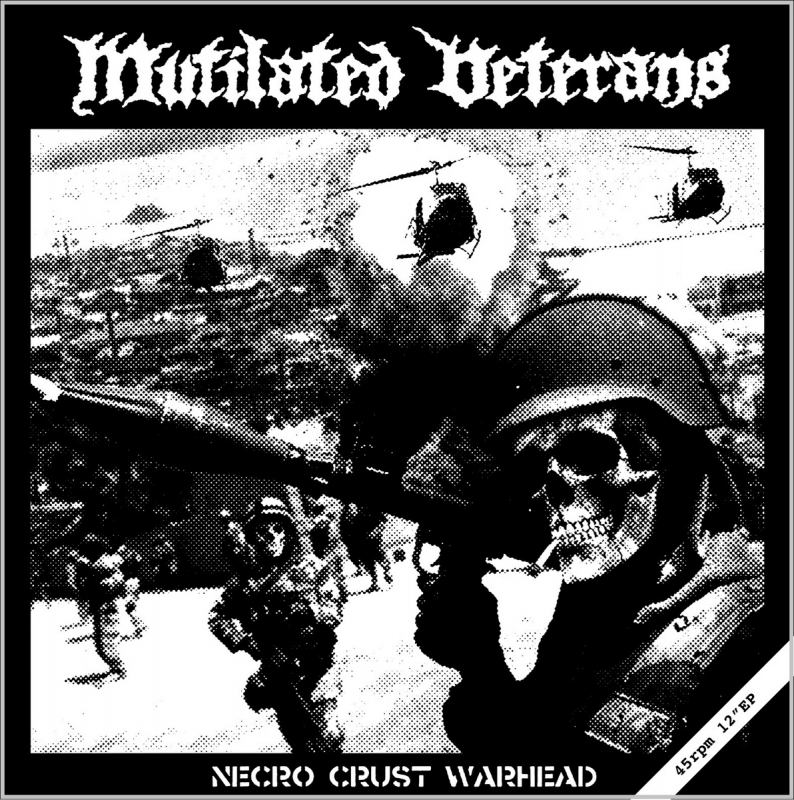 With a name this ugly comes some damned ugly music that made it’s way down the ugly tree, snapping branches loudly. Mutilated Veterans are a duo of veteran musicians containing Dopi of the mighty Machetazo and Ramón of Looking for an Answer. Going back to the name thing, the title of this album is fitting, because it is a mighty warhead of crust, necro and all that is battle bound. It’s the stuff from which crust and D-beat were created, battle-fueled and ready to stomp enemy skulls. The bottom end on this is massive, the riffs fly like shrapnel with bazookas launching every few seconds. Ultimately, this makes me think of Bolt Thrower going the crust, D-beat route instead of grind, so if you really wish that would have happened, check out Mutilated Veterans!
–Bryer Wharton
Photos: