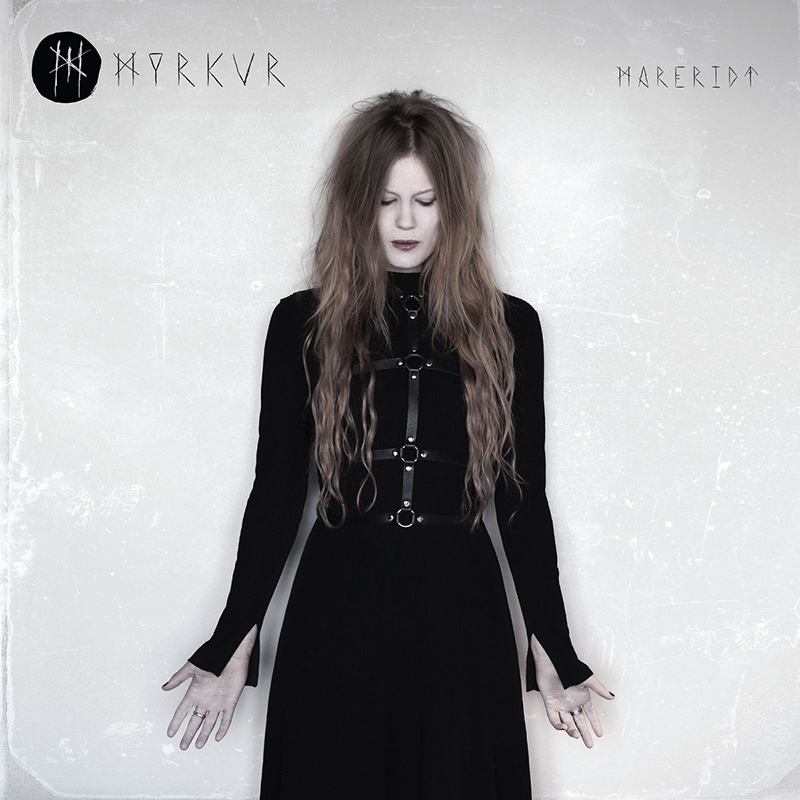 I should begin this review by stating that I am not, by any stretch, well versed in the world of black metal. However, what Myrkur bring to the table seems by all accounts to be a fresh take on the genre itself and thus allows for those of us operating outside of this circle to be able to critique it as something other than simply a black metal album. Classically trained multi-instrumentalist and composer Amalie Bruun is the witch behind the spellbinding Mareridt. In this work, she has taken her polarizing debut into the realm of the dark arts and the emotional effect it had on her, and she’s channeled it into a record that could hold the attention of metal elitists as well as those not accustomed to the genre.

Myrkur’s last album, M, was to many a step in a very promising direction, but nevertheless, it presented an artist whose intent was not fully developed yet. Bruun lays that matter to rest on Mareridt. Here we find Myrkur still holding steadfast to a folksy, atmospheric and heavy aesthetic but set to pieces that are fully fleshed out. The tracks all bring their own contributions to the album yet the collection maintains a constant thread/theme. Bruun mentions in her trailer for the album, how the amount of backlash that she received when she brought Myrkur to the public affected her so much that she began having “nightmares,” Mareridt is Danish for nightmare and the album displays how Bruun was able to take all of this negative energy and put it to good use. Throughout the album, there are pieces that are solely folk songs, employing strings (non-vibrato), folk percussion, stagnant harmonic progressions and even a jaw harp. Other pieces are wholly black metal, setting forth heavily distorted guitars, metal-style drumming and screaming vocals. The genius comes when Myrkur bring both of these worlds together and then continue to stir in other techniques that further murk the waters of what we’ve come to expect from the artist.

Songs such as “Elleskudt” and “De Tre Piker” use guitar in a way that comes very close to shoegaze yet maintains the heavy and folksy affinity that is constant throughout the entirety of the album. One more thing to note is how Bruun is using the drums throughout most of this record. The drums are most often playing a supporting role and are rarely there simply to keep time. Most of the time, they are used to support the other musical lines in each track and to continue to move each song forward. This is also reconciled with the fact that the drums are usually pretty far back in the mix compared to what one might expect from a metal album. The album is ripe with lush string orchestrations and thick choral passages. The strings usually reside in a lower register, with a marked affinity for the sound of a bowed double bass while the choral passages usually reside in the higher register soaked in reverb.

Mareridt provides a great entry album for the uninitiated without sacrificing any sort of artistic integrity. Songs are thoughtfully composed and carefully orchestrated which provides the listener with plenty to focus on. The textures, while abundant and thick, are still clear. Each line is well represented and the direction of each song is easy to follow. It is surprising how much I liked this album even though it would not be something I would pick out myself from a record bin.