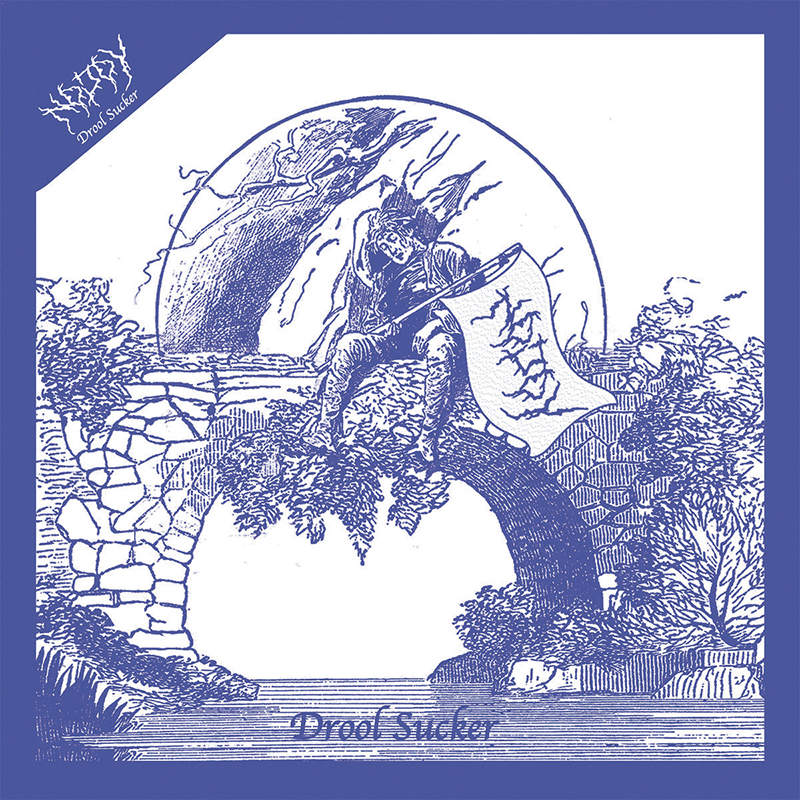 No Joy, the Canadian band that is now a familiar name in the noisiest of the shoegaze revival circles (think A Place to Bury Strangers, if somehow you’ve been missing out), have created an EP that does what EPs are meant to do. Their last full-length release, More Faithful, was fantastic, stocked with rad song after rad song, and it’s obvious with this EP that No Joy aren’t losing touch with their habit of churning out brilliantly crafted songs. In this three-song release, each song slips into the next three minutes. Like another unexpected present being torn apart—unpapered, unboxed, unstuffed—No Joy deliver a real piece of work.

The opener, “A Thorn in Garlands Side,” starts out with a phone ringing, and after someone finally picks up and says “Hullo?” it launches into a barrage of drums. This leads into a rhythmic, cruising wave that crumbles into something more melodic and affected than their usual onslaught of grizzled, layered guitar. It slows at the end with a whirring effect that a lackadaisical guitar plucks over, trailing off from the sweet rush of the last three minutes. Those few opening seconds of that first song became the moment that really got me stoked, out of all the most exciting moments on the EP. I’m not embarrassed that I shook my head a little in disbelief, while my jaw gaped medium-wide. “XO (Adam’s Getting Married)” is a little slower in tempo, meandering at moments, before picking up into bright crescendos again, led along as always by the raspy, moany murmurs of vocalist Jasamine White-Gluz. The third and final song, “Theme Song,” is aptly named in that it does fit the certain “theme” that No Joy typically exhibit. It sounds more similar to the rest of their repertoire. It flickers along with electric-buzzing guitar, the sort of minimalism that really throws me back to earlier albums like Ghost Blonde and Wait to Pleasure. However, it still flows in the same general direction as “XO”—slow yet bumpy and pleasantly jarring. All three of the songs work in perfect tandem, and the brief EP sizzles with pure mood and an unshakeable energy.

This energy may have come about due to No Joy’s recording it on the fly in a barn somewhere in rural Ontario, according to their label’s description of the album. The EP was also recorded with Graham Walsh, who has been involved in other fantastic projects like METZ, Viet Cong and Alvvays. The name is possibly the only thing I don’t get about the album. Why they’d name such a high-voltage album with such a sleepy title escapes me. It does sound gross and nasty, though, like a sloppy makeout session, and No Joy, in general, especially with this release, exude the sort of careless grime that is natural and comfortable for anybody flipping through the lit-up experiences of youth. Here’s to hoping all the other bands I really like also get stuck in barns in the middle of nowhere, because somehow, it seems like mixing an already rampant energy with a bit of cabin fever brings out some seriously good stuff. –Erin Moore