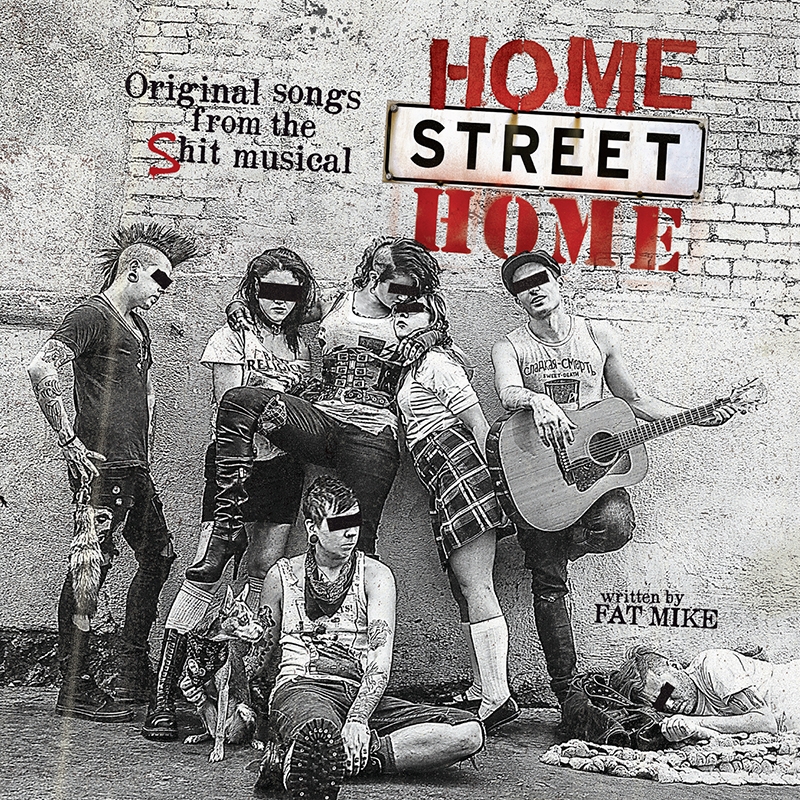 In 1969, The Who gave us Tommy. In 1979, Pink Floyd gave us The Wall. In 2006, Tenacious D gave us The Pick of Destiny. Now, in 2015, Fat Mike bestows to us the greatest concept punk album since Green Day’s American Idiot. The story follows young Sue (Stacey Dee), a 16-year old runaway who finds a new home on the street with a group of gutter punks: PD (Billy Bouchard), Trashley (Lauren Patton), and Nosmo King (John Carey) who all teach her about drug use, promiscuous sexual endeavors, and how to survive on the streets. Songs like “Monsters” and “Urban Campers” create setting and atmosphere. “Three String Guitar,” “I’m Suicide,” and “Fecal Alcohol Syndrome” are all flawless in developing characters while “High Achievers” and “Safe Words” act as just hilarious additions to the story. Overall, you can expect hilarity, raunchiness, and sentimentality from start to finish. –Eric U. Norris