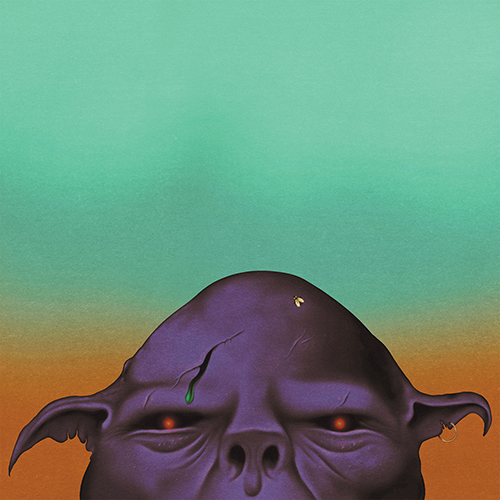 The continual identity crisis of Thee Oh Sees, now monikered as Oh Sees, is almost entirely in name alone this time. That means that, like everything before it in the band’s massive discography, Orc is thrashing, entrancing, damn good fun. While you may not queue up the whole album at the next curbside block party, it segues into some toned-down introspective moments, and plenty of songs that could fill more than a few dull hearts with rich, colorful vibrancy.

“The Static God,” the intro to the project, is anything but static. While its beat might not be very danceable, the melodic chaos is almost ethereal at times and successfully grabs my attention without revealing what exactly is going on. To be sure, it never loses the thread that guides the song to its end, but it shoots off in chaotic confusion before returning to a unified chorus again and again. It’s so entropic that it’s almost hard to maintain contact with the sound, but it never feels like getting left behind. Instead, it feels almost quite like the opposite. They reach out and carry me into a vortex in the middle of samsara and then let me ride the wave out smoothly on the other side.

The album really feels this way. The first half of the album is the vortex itself, peaking in “Animated Violence” where a heavy hook swings side to side like giant arms descending from heaven, twirling the maelstrom around itself. John Dwyer sings in this cyclical, drooling, primal style that degenerates into insane, wordless whooping by the end of the song. It’s an incredibly image-heavy sound that draws from the sweat-fueled energy that makes psychedelic rock n’ roll so great across the map.

The droning, eight-minute-long track “Keys to the Castle” comes right after and sets the tone for the rest of the album’s relatively more laid-back tracks. It doesn’t lose the tone or energy from the first half, but directs it toward new territory within the same mental realm. The guitars still drench the melodies in reverb and dynamite, and the drums still desecrate the mind, but the music sounds more controlled. The heady insanity has been tamed, and a lighthearted nonsense has come to play. In “Cooling Tower,” the band even turns a little poppy. Staccato vocals lightly puncture the synthesizer’s happy buzz—something akin to what elevators would play in a building owned by nymphs.

The final moments of the album slow down to a drone with what sound like small hiccups of leftover psychic energy breaking through infrequently. The arc of the album as a whole feels tightly connected, emotionally speaking. There’s no overarching narrative in the lyrics to hold onto, but the sound quickly grabs hold and carries on through a mental voyage that is impossible to escape from, like a strange psychotic epiphany that climaxes quickly before it slowly curves and fades away. The band maintains a connectedness that allows each member an apparent freedom to stretch into whichever direction they want and not lose sight of their unity. They’re professionals. And if you’re trying to open the doors of perception but don’t have enough money to buy acid, Oh Sees have you so covered. –Brian Udall