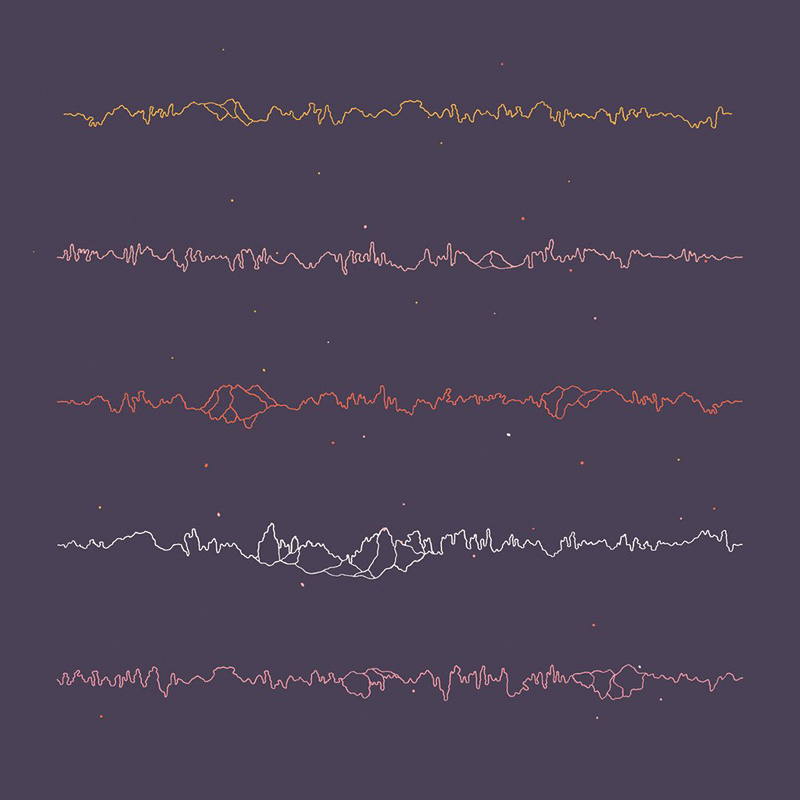 “At its most naïve [romance] is an endless form in which a central character who never develops or ages goes through one adventure after another until the author himself collapses.” –Northrop Frye, The Mythos of Summer: Romance

If Oneida truly are crafting a romance, they place themselves in center stage. The sonic identity of the band goes on 11 distinct adventures, though they emerge effectively unchanged. Twenty years into their career, the New York–based experimental rock figurehead’s return doesn’t expand on Oneida’s sound as much as it does create a perfect image of what Oneida can—and should—be.

Of course, an idealized, hyper-romantic image of Oneida would be an image that never focuses or adheres to a singular style. As easy as it is to trace certain characteristics throughout Oneida’s discography (hypnotic repetition, swelling layers of guitars, highly technical musicianship), it’s nearly impossible to to pin down a single essence of the band’s sound. It’s sometimes a scorching post-punk group, sometimes a synthesizer-driven glitch act and, on many occasions, a mediation between slippery psych-rock and hardened noise improv.

Romance manages to pack in these competing forces into a relatively concise (see: Rated O) hour-and-a-quarter. Further, the album seems stylistically compartmented, with the first and second halves offering two distinct interpretations of Oneida’s music. The first five tracks feature a band who actively push the label of “rock” toward its limits, often sounding more like Pan Sonic than Sonic Youth. Opener “Economy Travel” builds a base of squeaking, distorted synthesizer patterns and slowly intersperses chopped-up, virtuosic drum fills and straight-faced vocal snippets. The pounding “Bad Habit” contrasts nicely with the more airy and ambient-leaning tracks, such as “It Was Me” and “Good Lie,” and overall, this initial stretch of music shows the cautious, careful and refined side of Oneida.

For any who might be looking for the snooze or skip button on some of these tracks, Romance’s concluding half finds Oneida more blatantly playing the Rock Band character and finding similar excellence. After “Lay of the Land,” the 10-minute centerpiece that expertly combines every aspect of Oneida’s sound into a interstellar motorik jam, the music turns more brash and belligerent. The energy here is much more tangible than earlier in the record (most evident on “Cockfight”), but the sense of composure and detail-orientation remains.

If excessive romance inevitably leads to the defeat of the author, “Shepherd’s Axe” is the result. Much of the music on Romance seems to lie in between live improvisation and predetermined structure, but the 18-minute closer seems to be an unfiltered expression of Oneida’s most basic impulses. Heavenly synth washes trade off with rhythmically conflicting guitar lines as the drums slowly push the track from spacious atmospheres to more concrete patterns and back again. The spaced-out ambience and indulgent jam-band stylings aren’t disappointing—“Shepherd’s Axe” is the perfect, anti-authorial closer to an album that obsessively solidifies its author’s identity.

There’s a lot of reasons to hate Romance. Yes, if you’ve listened to every preceding Oneida album, there’s nothing new you’ll find here, to the point where some of the music feels predictable. Even before turning the record on, I could’ve told you that Kid Millions’ drumming would be incredible, the guitar interplay impeccable and the group improvisation smooth and refined. Enjoying this record requires that you turn off any need for progress, innovation or future-focused music. Romance asks the listener to love Oneida for their unchanging, ageless selves; not searching for uncharted territory, but claiming ownership over the same plot of land they’ve inhabited for two decades. –Connor Lockie