Review: Ought – More Than Any Other Day 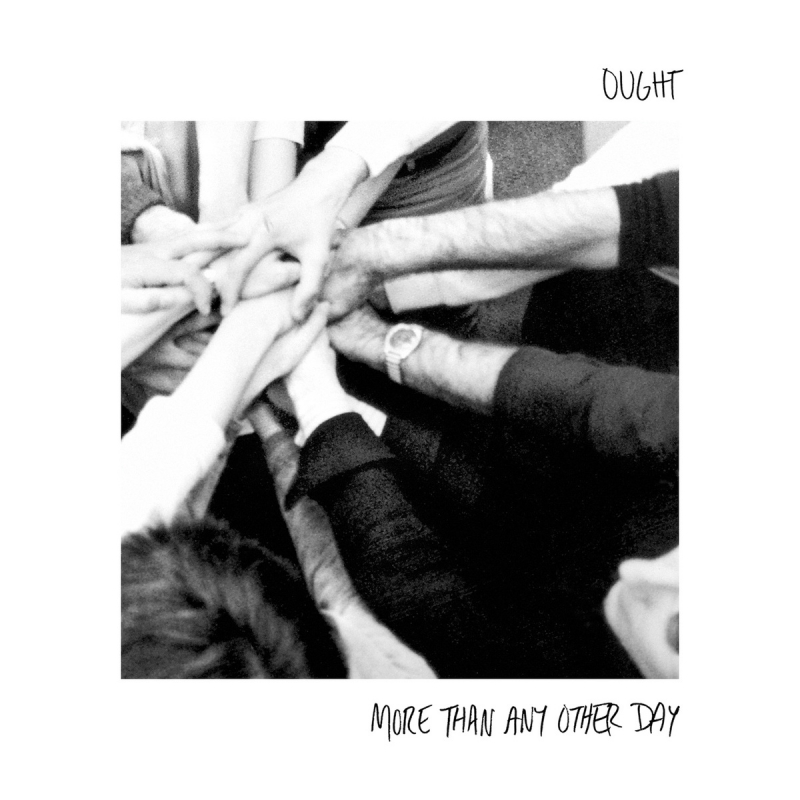 More Than Any Other Day

The voice of Tim Beeler, vocals, sticks out more than any other aspect of the band’s sound. From the moment Beeler begins howling—about a minute into the first track, “Pleasant Heart”—I could hear something familiar. It wasn’t until the tempo began to speed up halfway through “Today, More Than Any Other Day,” where the bright-toned guitar started sounding like something from Television’s Marquee Moon, that I realized Beeler’s vocals fall in a pleasing region between Tom Verlaine and David Byrne—maybe Byrne-heavy in the chorus of “Habit.” The tempo varies throughout the album, sometimes within a single track. Many groups can’t handle a tempo change without an aesthetic change, but More Than Any Other Day keeps the sound of Ought distinct and satisfying in all speeds. –Steve Richardson
Photos: