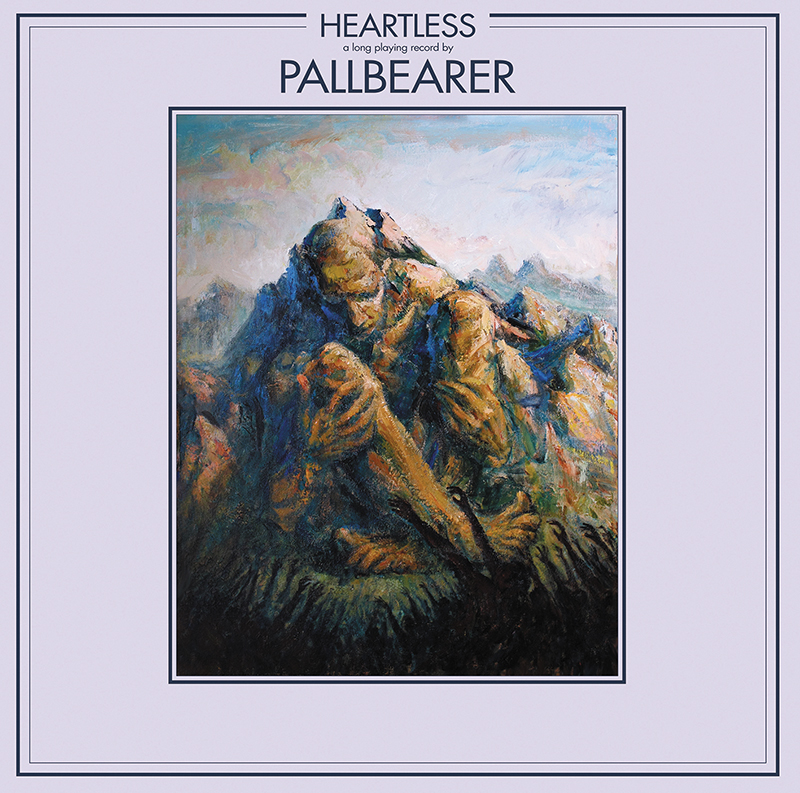 Pallberarer’s Sorrow and Extinction stuck out upon its release in 2012. The world didn’t need another doom metal band—downtuned and slow Sabbathian riffs were biblically plaguelike in their proliferation, threatening to suffocate anything of real value. And then here was this band from Little Rock, Arkansas, with the Ozzy-like vocals, a dynamic master, and tunes that were low and slow, depressing as hell, but still made you bang your head.

Pallbearer had something different. Along with their sound, Sorrow and Extinction’s mastering was refreshing, a bright spot in the muck of the loudness war. The loudness war is a war that is not being waged by any nation, but rather by audio engineers and labels who are squashing the dynamics in music.

For me, the loudness war all comes down to how much you have to turn the volume dial on your stereo. When you put an old album (CD or vinyl) on, say from the ’80s, and you crank the volume knob to the stratosphere and the music gets loud, you can feel the kick drum and hear the ring of the cymbals, and a guitar sounds like a guitar, and it’s loud, but not painful. Those albums have a high dynamic range. If you listen to more recent albums and you feel like your brains are leaking out of your eardrums when you’ve only cranked the volume to about half the level of those aforementioned old albums, then these albums have a low dynamic range. Unreasonably loud masters are terrible, and they’re everywhere.

Sorrow and Extinction had remarkable dynamic range for an album released in 2012. It sounded awesome. 2014’s Foundations of Burden, while not completely obliterated, suffered from a louder, less dynamic mastering job. I don’t have the full data on Heartless, but this album feels like all of those dynamics are back. It’s unequivocally the best sounding of any of Pallbearer’s full-lengths. The tones of all of the instruments are clear, the bass is thick and the sound is robust. It truly contributes to the experience of Heartless. That means zilch if the music isn’t worthwhile—Heartless is.

What is most striking about Heartless is that, were it not apparent before, Pallbearer are distinct. They are a doom metal band, although Heartless loosens the binding of that particular genre moniker. But, Pallbearer’s sound is immediately identifiable across all three of their albums and is fully reinforced on Heartless. They are defiantly unique in an overcrowded genre.

Heartless may clearly be a Pallbearer album, but it departs from its predecessors in as many ways as it continues their sound. The first four minutes of “Dancing in Madness” have more in common with Pink Floyd than Black Sabbath, with a melodic guitar solo that brightly expresses itself over a bed of synthesizers. Album closer “A Plea for Understanding” is hopeful, a spacey rock n’ roll closer of 12 minutes and 40 seconds. It features multiple clean-guitar passages, borrowing from indie rock more than heavy metal.

The album also feels more urgent than did past efforts. The songs clip along at a faster pace and rock out more, dueling guitars clearly asserting themselves in each channel. It feels like the album that they’ve been building to for the past two albums. No time is needed with this album for introspection or for it to grow you. I was hooked on first listen. Further spins reveal more layers—these are some densely packed songs, most spanning at least seven minutes in length. That time is not drudgery, though. Each song unfolds as a complete composition, taking its time but not meandering.

It is only a few months into 2017, but Heartless should easily stay top-of-mind in the metal community as an album of importance. Pallbearer are now three-for-three on their full-length releases, managing to undeniably sound like themselves while steadily progressing over the past five years. –Peter Fryer