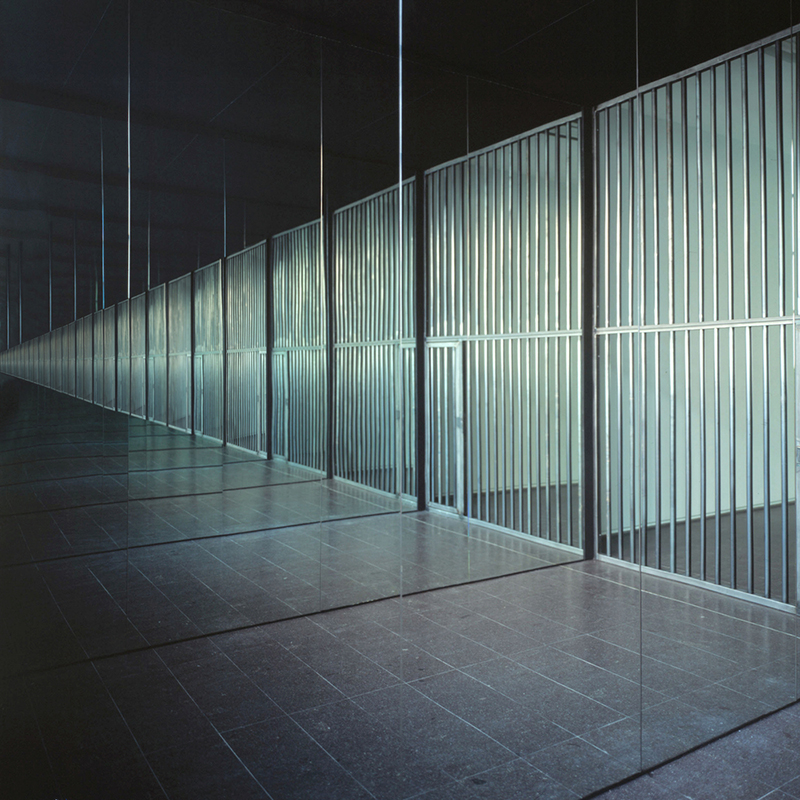 For his new solo release, Zs member Patrick Higgins creates a four-movement suite that uses the electric guitar as a base for a strange mutant of a piece. While guitar is the main controller of the music, much of the material here sounds nothing like the instrument’s natural color. Higgins patched and constructed an electronic rig that transforms every sound into an endless variety of warped, digital utterances. The purposefully cluttered nature of the music reflects the agitated sound design, leading to an album that asks meaningful questions about how we make music that feels honest to our relationship with the digital world.

Structurally, there’s a heavy focus on disruption and contrast. The first track, “Flat File,” places sounds at their extremes and avoids any quick resolution or lengthy stagnation. The deep bass rumble that opens the album suggests a smooth texture, but it’s quickly morphed into higher, more unstable tones. Slowly, this back-and-forth becomes so intense that these conflicting elements become a third character of their own. The uncompromising nature in which these rapid shifts and contradictory gestures appear gives the track a blitzing, frenetic feeling.

These sections of completely manipulated sound make the rare moments where the music actually resembles a guitar all the more meaningful. All of the conflict between the instrument’s natural qualities and their intense digital manipulations feel very of-the-time. More than ever, a human life is presumed to be built of digital data as much as it is biological coding, and more than ever this tension seems to be the target of the rich and powerful. If we imagine ourselves as Higgins’ guitar, it’s easy to relate to the way its character is stretched, warped and forced into unnatural positions throughout Dossier.

This anxious sense of dehumanizing contortion does eventually reach a form of conclusion. The final track, “White Lie,” takes the techniques and materials from the previous three movements and turns them into something unprecedentedly palatable. The skittering plucked strings from “[[ redact   ion ]]” return, but instead of recalling that track’s eerie jumble of tones, they layer to build a series of emotional harmonies. Where Higgins’ earlier use of microtones was intensely cacophonous (as on “Pitch Black”), here he adopts the technique to access the most gorgeous combinations of sounds that don’t exist in an equally tempered system.

Perhaps, then, “White Lie” is Higgins’ attempt at offering a solution to the problem he posed. From the first minutes of “Flat File,” his guitar was unrelentingly shaped into asymmetrical, winding music. The constantly shifting timbres, uneasy drones and menacing static all felt like a digital assault on the instrument. On “White Lie,” not only does the guitar sound more like itself than ever, but Higgins also appears to push his sounds into a more cohesive, readily expressive form. As governments and media corporations continue to abuse and misrepresent personal data and the once-unbridled optimism about social media’s potential to expose marginalized voices and privilege the connection of the global population falls flat, digitally saturated humans are left to search for a new autonomy. Higgins’ music aims to define that new sense of control, but he does so by avoiding the nostalgic plea to redact these technologies. He uses the messy connection between digital and analog sound to offer a new means of mediation, one that ends in beauty, peace and freedom. The analog qualities of the guitar are not useless in the tech-heavy world, but new meaning comes from stretching these qualities to their absolute limits. –Audrey Lockie