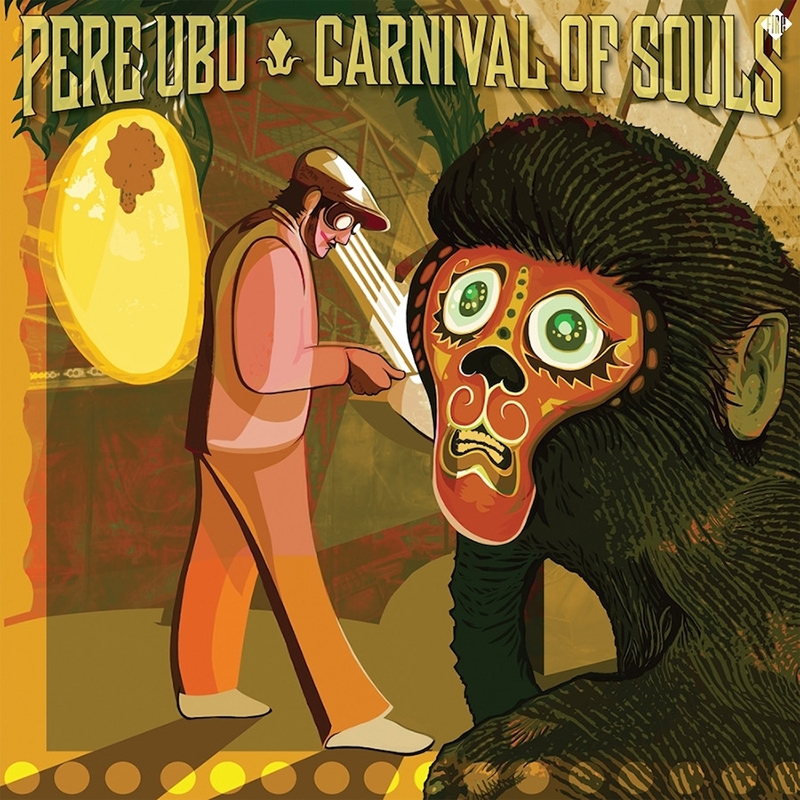 The ghostly musical renderings of David Thomas, the singer/songwriter frontman of long-time Cleveland bizzarro band Pere Ubu, are more like strange narratives, stories told through a smoky, foggy lens of the imagined world than songs. By “singer” I mean he creates an off-kilter, high-pitched lilt that careens around the corners of verses like a carnival ride. Titled after the 1962 horror movie Carnival of Souls, filmed partly at Saltair, the album has more than one tie to the Beehive State. These songs were developed as an underscore for the film, and are a continuation of the trilogy that began with last year’s Lady From Shanghai. Thomas weaves together elements of poetry, sci-fi stories, ambient radio signals and religious mythology to create a truly uncategorizable musical vision. Two songs from Carnival of Souls will be featured on the TV show American Horror Story: Freak Show. The group, in the form of Thomas, drummer Steve Mehlman and synth player Robert Wheeler (sans guitar and bass), premiered the song “Road to Utah” and others at a house show in Farmington, Utah last December. Attending it was a musical transport, candles adding an eerie ambience. I also found this the perfect soundtrack for my Halloween hauntings. –Stakerized!