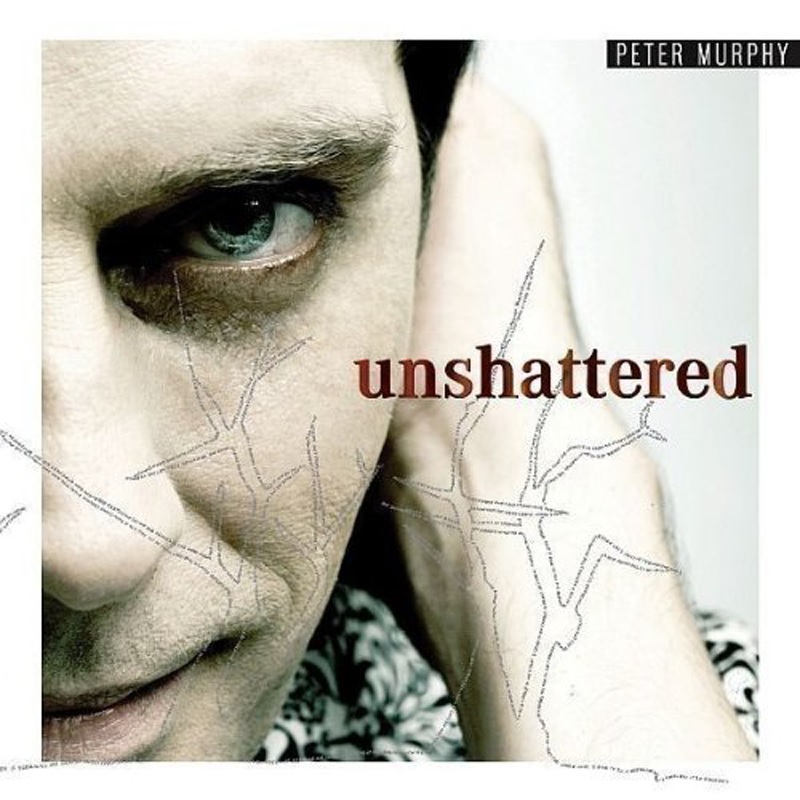 Odd how a Peter Murphy album can be released and some six months later, they’re finally sending it out to the press. I’ve had the album for quite some time now and even though my opinion of it has improved over time, Unshattered is a little hard to swallow. Still fresh in my mind is the stark image of Murphy descending upside down while the drones of “Bella Lugosi’s Dead” tore down what had been an otherwise lackluster Coachella festival. He came and he conquered; not even Nine Inch Nails would come close to Murphy’s performance. It was as if Shakespeare’s Prospero had leapt from the page and brought the tempests with him. Unshattered is aptly titled in that it never really rattles. In fact, the stark production by Gardner Cole makes the reteaming of Murphy with old cohort Paul Statham (Love Hysteria, Deep, Holy Smoke) sound like an uninspired reworking of the Cascade album. Not that Cole or Statham should be asked to shoulder all the blame. Sadly, there are moments when Murphy’s lyrics are as poignant as a George Lucas script. Not that there aren’t moments of splendor. “Idle Flow” (previously available in a slightly different version on Rambient’s So Many Worlds), “Face the Moon,” and “Thelma Sings to Little Nell” are lovely but still reminiscent of past work. One can only hope that for his next release, Murphy remembers playing it safe is never as interesting as bold experimentation.