00:00 / 13:13
Spotify Stitcher
RSS Feed
Share
Link
Embed
The sound and mood on Abandon aren’t unsettling in the manner that being forced into an uncomfortable conversation can be. 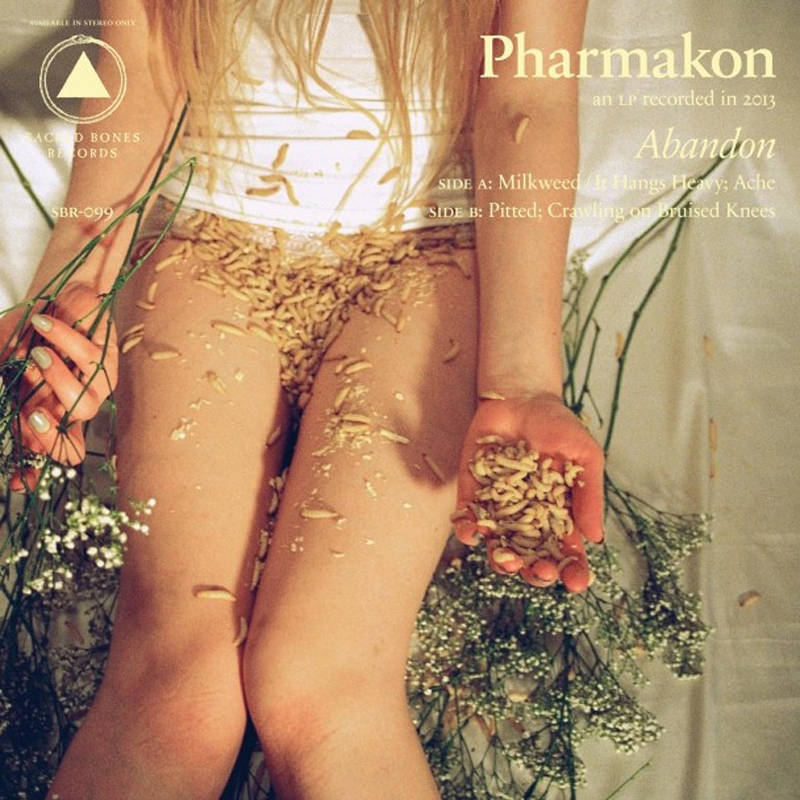 The sound and mood on Abandon aren’t unsettling in the manner that being forced into an uncomfortable conversation can be. They create a sensation more akin to the shock of having one’s own windpipe pulled out. Yet, there is an appeal to how visceral and present this music is—a single person generating a great deal of abrasive sound, with an audible sense of deliberate structure behind the concept and orchestration of each track. What’s heard on Abandon isn’t noise simply for the sake of noise, and to refer to it as “experimental” would be a disservice. Margaret Chardiet/Pharmakon has been involved in the New York noise community since she was a teenager and, at 22, is far beyond many of her musical peers regarding performance experience and quality of compositional content. Abandon is a fairly unpleasant aural experience at times, but a worthwhile one, and is best heard in its entirety and intended sequence. –T.H.