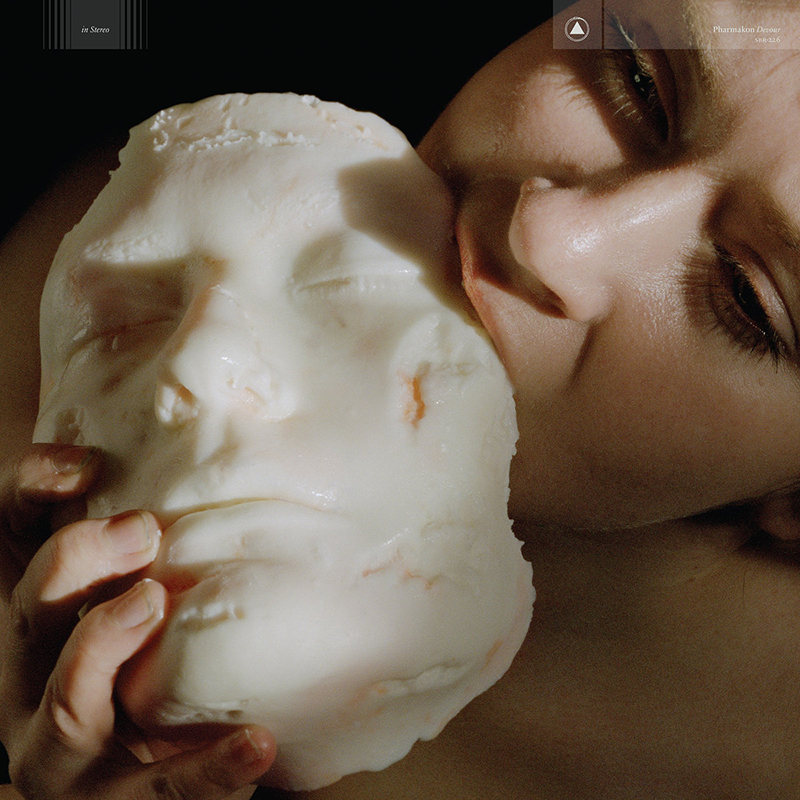 Among her many strengths, Margaret Chardiet is an expert in arresting album openings. Her last three releases (Contact, Bestial Burden and Abandon) respectively begin with a subterranean drone, forced panting and a blood-curdling scream. Each introduction feels keyed in to the succeeding’s music unique philosophic concerns, even if they all shared Pharmakon’s generally noisy and mantra-like framework. Her latest, Devour, chooses a distorted and militant thump as its initial gesture, immediately throwing the listener into this newest iteration of the Pharmakon project. What follows is Chardiet’s least reckless album, and also her least monotonous. She strikes a perfect balance between the inherent chaos of noise music and a thoughtful, layered approach to her compositions.

While the general trance-inducing qualities of Chardiet’s past work remains prominent on Devour, the album is intricately and delicately organized. The cycling, slow-building crescendos of her past few albums have been replaced by a more varied, structural approach to sound. There’s an almost song-like progression to the way each track moves through their disconnected parts. On the opener, “Homeostasis,” a refrain of metallic screeching trades off with a verse that features characteristic Pharmakon vocal delivery, and the back and forth helps provide a sense of movement atop the relentless bass riff. The first half of “Spit It Out” feels massive and amorphous, though the track’s real power comes from Chardiet’s rapid-fire screaming in the composition’s second half.

The first 15 seconds of “Self Regulating System” offer a potent musical passage unlike any other on a Pharmakon album, existing in complete contrast to Chardiet’s normally wave-like progressions. A hard pan between two different sounds—one in each stereo channel—gives way to a jackhammer noise attack that eventually calms into the track’s core triplet groove. For an artist who typically loves slow climbs and accumulative development, this moment of hard cuts between a series of jagged poles feels revelatory in its boldness. The rest of the track has a snarling confidence in its quasi-grooving motif, eventually coalescing into a full-blown noise wall that concludes this initial stretch of music.

The entirety of Devour’s second side is composed of two lengthy tracks, “Deprivation” and the two-part “Pristine Panic/Cheek By Jowl.” If the first side was Chardiet at her most propulsive, these two compositions return to the drudging heaviness that has defined Pharmakon’s music thus far. “Deprivation” is carried by a nauseating swell as layers of noise stack on top of one another before the entire mix disassembles into a polyrhythmic stew of static. “Pristine Panic/Cheek By Jowl” is the longest track here, with Chardiet delivering its two sections in an A-B-A form. The track’s middle passage is defined by an arrhythmic onslaught of noise and Chardiet’s screamed delivery of the titular refrain. This “Cheek By Jowl” passage is bookended by a lurching electronic riff that is nearly painful to listen to in its disorder and hesitance, closing the album in a disarmingly stilted fashion.

Chardiet’s last three albums, in both musical content and unforgettable album art, have been overtly nasty. The sense of grime and general preference for dissonance hasn’t escaped the artist on Devour, but there’s a sense of composure and control that feels new to the Pharmakon project. The project is also Chardiet’s lengthiest to date, and not a second of the additional runtime feels wasted on these air-tight compositions. I’ve always felt—and have remarked in previous writings—that Pharmakon albums felt too brief to really sink my teeth into, and Devour is the perfect answer to this qualm. Even though the album still sits under 40 minutes, it feels infinitely grand and immersive. It’s less of an all-out attack through noise than it is a welcoming and measured contemplation on the medium’s artistic potential. –Connor Lockie