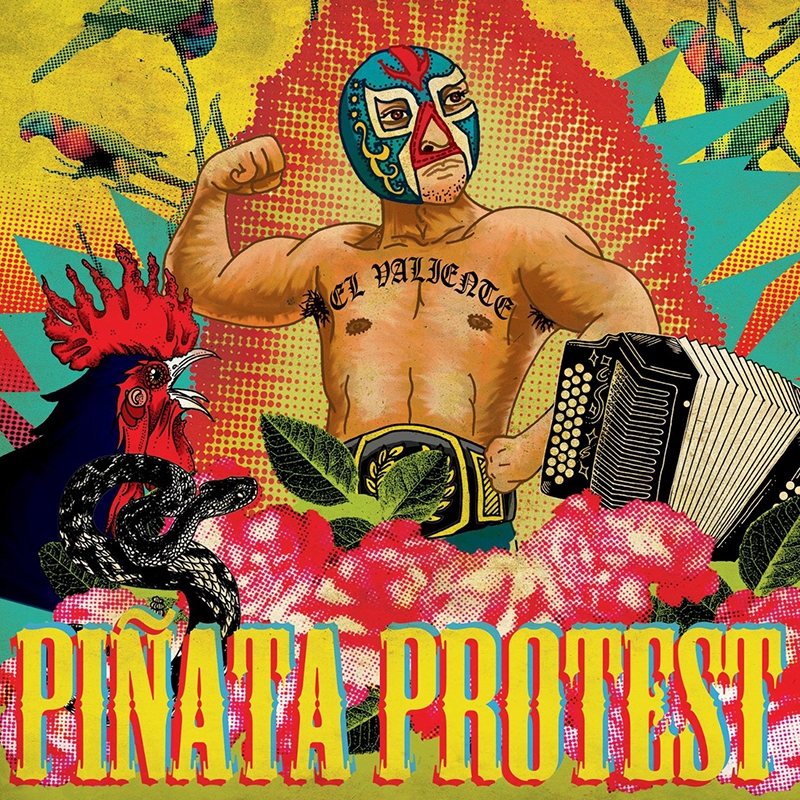 Piñata Protest
El Valiente
Saustex Media
Street: 05.21
Piñata Protest = Mariachi El Bronx + Manic Hispanic + Flogging Molly
Opening with a 45-second intro declaring Piñata Protest “los mas chingones de la musica norteña punk,” El Valiente certainly delivers on that description. Fusing accordion-fueled Mexican music with high-energy punk rock, Piñata Protest are one of the most entertaining bands to emerge from Texas in a long time. “Vato Perron” is a straight-up party song, in which vocalist Alvaró Del Norte proudly shouts about his penchant for drinking and dancing, much to the detriment of his “pobre corazón.” “Tomorrow, Today” and a spirited cover of “La Cucaracha” keep the party vibe going, while “Life on the Border” is a bit more weighty and serious in its subject matter. It’s interesting to see the band switch between English and Spanish within their songs, and it’s executed in such a way that it isn’t at all jarring. The standout track is easily the cover of “Volver, Volver,” which is appropriately reflective and measured—until it explodes into a punk rock rager at the song’s end. Do your abuela proud and pick this record up. It’s perfect for quinceañeras, funerals, anything really—just no pinche Cinco de Mayo parties. –Ricky Vigil
Photos: