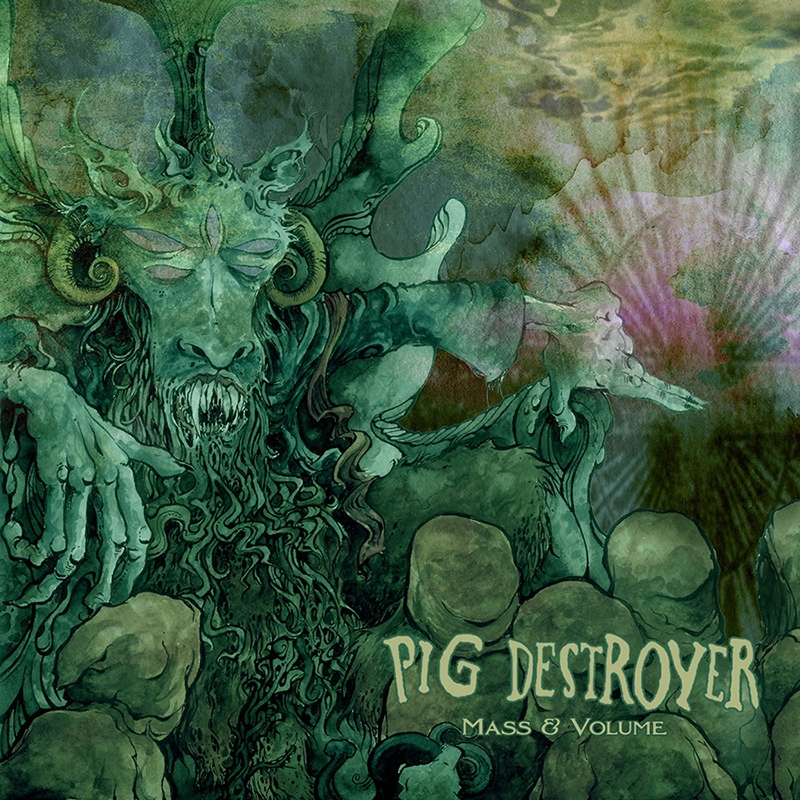 To say that this is an important or necessary grab in even a die-hard Pig Destroyer fan’s collection is pretty debatable. With Mass & Volume, we have the pork killers returning to doom-styled territory, similar to what the band did with Natasha, just a bit shorter. The two tracks here were actually recorded when 2007’s Phantom Limb was being recorded. That goes back to my debate on how necessary for fans this release is. An assumption could be made that having material shelved for so long only to be released now feels like the band/label is offering something in between full-lengths. The title track, which is 19 minutes, is pretty experimental jam stuff. Nothing fancy—it works better as background noise than something to focus on. “Red Tar,” however, is a pretty solid cut. It’s more aggressive and feels like a fully realized song. Mass & Volume ultimately feels more like a collector’s piece than something musically potent. –Bryer Wharton