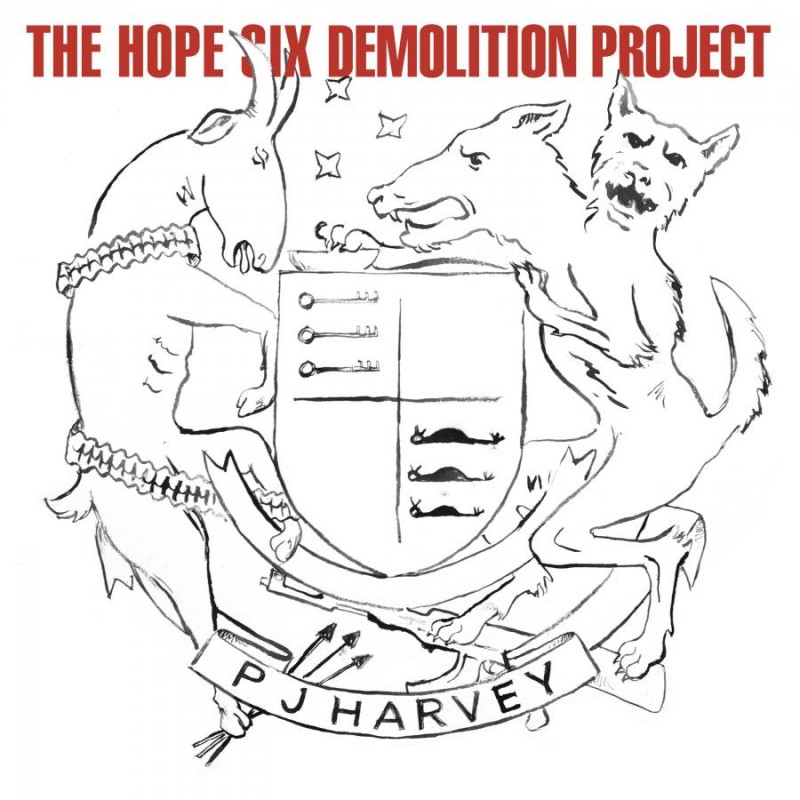 At its heart, The Hope Six Demolition Project is a protest album. It’s raw like early Bruce Springsteen, a nod to the roughness of Harvey’s early material and the experimental nature of recording the album in a glass box built in Somerset House with an audience watching through one-way glass. It is the sound of an artist at wit’s end. Having witnessed the inequality and inequity of Kosovo, Afghanistan and Washington, D.C., Harvey unspools her observations into a genre-defining mix of unfiltered guitars, dark dreamscapes, exotic treatments and frustration. It’s not quite the buzz saw of her early albums, but it is a noisy concoction with horn arrangements edging toward John Coltrane’s unstructured religious period and a heavy blues influence that even strays into gospel-tinged territory. Lyrically, the album finds Harvey giving the listener a tour through the dilapidated landscape of abandoned communities, people swept under rugs and forgotten suffering collected and bathed in feces. Unpleasant, yes, but it is also a record that succeeds because of its sharp edges. It blisters with purpose and will inevitably draw the ire of those who think that politics have no place in music as well as those who disagree with her perspective.

The album’s opening track, “The Community of Hope”—a stark and wry anthem of disgust that reminds me of a classic Paul Westerberg composition—has already received a fair amount of attention, as Harvey paints an ugly narrative about the poverty found in D.C. There are those in the community who have spoken out against her observations, disregarding her point of view as uninformed and inaccurate. Rather than dismissing the sentiment because it came from Harvey—as opposed to Bob Dylan or U2—we should instead step back as a society and consider what it is about Washington, D.C., that inspires a direct comparison to the war-torn areas of Kosovo and Afghanistan.

The Hope Six Demolition Project is a fearless testament to Harvey’s career: a punk-aesthetic salvo leveled at the complacent both in theme and structure. Harvey has always been a chameleon of sorts, as she has always been able to pull aspects from a variety of genres and combine them to stunning effect. Here again, Harvey creates songs out of time, unhindered by trends and commercial concerns. Her success, both critical and financial, is a result of fashion coming to her—not because she actively pursued it. Inevitably there will be those who dismiss her new album as not being as aggressive as Ride of Me or as polished as Stories from the City, but those who love Harvey for her unpredictability and desire to continually explore new territory will find a wealth of material to enjoy here. From the simplistic beauty of “River Anacostia” to the herky-jerky sway of the jazz-infused “A Line in the Sand” on through to the haunting album closer, “Dollar, Dollar,” The Hope Six Demolition Project is a diverse sonic journey held together tightly by the artistic vision of one Polly Jean Harvey.

It’s probably too divisive to win a Grammy, but a bid for a third Mercury Prize shouldn’t be out of the question. –ryanmichaelpainter