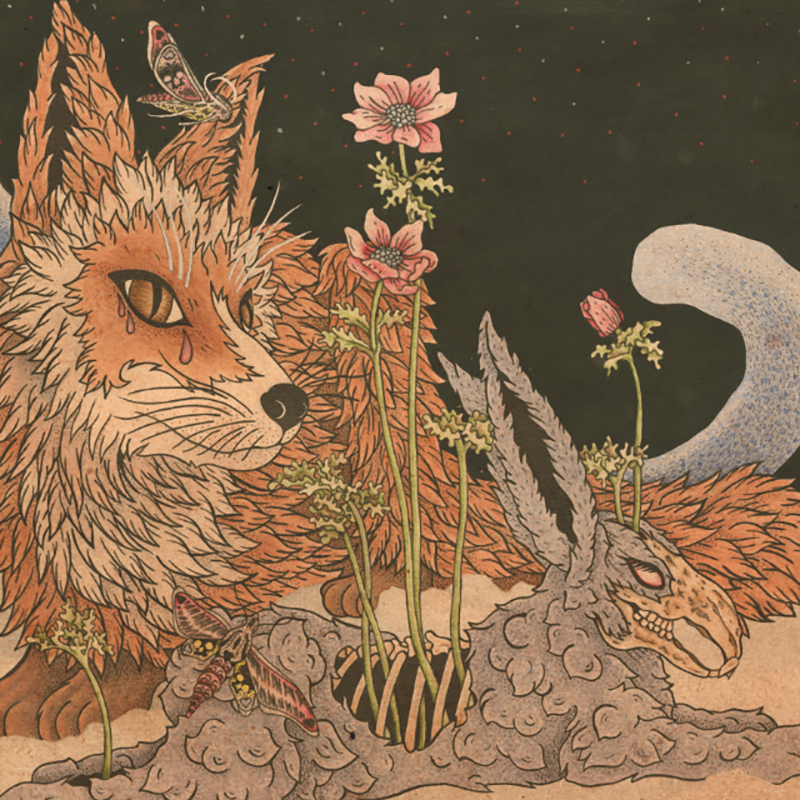 When I moved to Colorado for college, Planes Mistaken for Stars were one of the first local bands I saw play. This would have been sometime in the fall of 1999—a musical lifetime ago. I had never heard them before that night, but I recall just how intense it was. They were a band existing on the periphery of emo, punk, hardcore and rock n’ roll. Emotion streamed from the speakers—the perfect soundtrack to whatever an 18-year-old was feeling aggrieved about.

Fast forward to 2016, and Planes are releasing their first album since going on a loose hiatus in early 2008 (when I also had the chance to attend their “final” show). It’s also 10 years following their 2006 release, Mercy. It’s strange because it doesn’t feel like it’s been that long, and Prey reinforces the notion that this underrated band never went away. It sidles up comfortably alongside the rest of their discography, not sounding like a rehash—rather, it’s a continuation in their history of eschewing trends as a singular voice.

Their existence on the margins of various genres, to me, has been Planes’ largest asset and liability. They’re versatile in their fanbase attracting hardcore, punk and indie folks alike. At least, in the late ’90s and early ’00s, those really were different subgroups, and you didn’t seem like a knuckle-dragging, myopic hardcore kid for liking them.

When Planes opened for Converge’s Jane Doe tour, it was no secret that Planes were one of Jacob Bannon’s favorite bands. His praise for them was an appeal to us Coloradans. “Why in the hell are you guys not more psyched on the best band out there?” he seemed to be saying. It’s no wonder that they’ve since found a home on Bannon’s label.

I also say liability, though, because while people say that Planes are so wonderful (which I agree with), I feel that we’ve got some rose-colored-glasses syndrome going on. I saw them come through Salt Lake City back in 2006 when they were touring on Mercy. There were maybe 30 people at that show. People didn’t quite know what to make of them. They didn’t have mosh parts, they had a lot of rock n’ roll, and they weren’t particularly concerned with following any rules. So yeah, that’s punk, but maybe also lonelier than people admit.

This brings us to their latest, Prey. It’s so good to have these guys back. Hopefully, the world has caught up to them. This is a Planes record through and through. It’s a slight change from what came before, but it’s definitely in the vein of Mercy and Up in Them Guts: straight, miserable, dirty, punked-up rock n’ roll. If there were ever a soundtrack to late-night, spiteful heartbreak and whiskey-fueled bar fights, Planes would be that soundtrack. Each note of misery and pain is mumbled in Gared O’Donnell’s signature rasp—as unintelligible as ever, a wounded animal lashing out—but still paints the picture in swathes of black and blue. Their music is the smell of cigarette smoke in your clothes the next morning. It’s been over 17 years, and this still hasn’t changed.

I don’t know why no one can get the mastering of a Planes record done well, and Prey is disappointingly no exception. Perhaps it’s too hard for producers to figure out the best way to capture them, but Prey is murky, lacks a bottom end and is unnecessarily fatiguing on the ears.

In total, though, Prey is a perfect addition to Planes’ legacy, and still maintains the vigor and virility of their nearly 20-year-old catalog. This is an album that will stay with the times, and hopefully, they’ll finally find the audience they deserve. –Peter Fryer