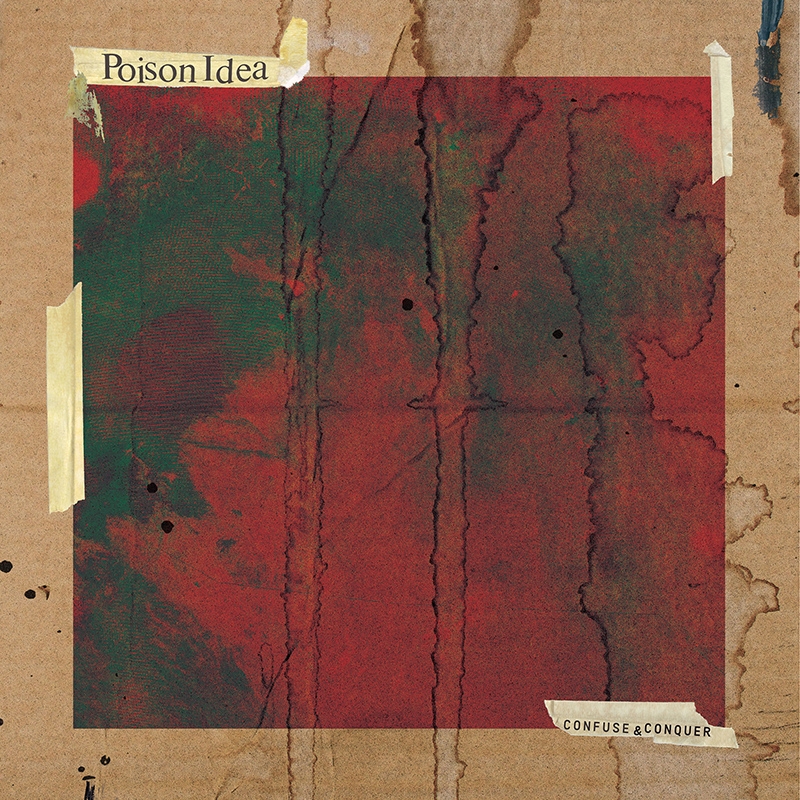 Poison Idea
Confuse & Conquer
Southern Lord Recordings
Street: 04.07
Poison Idea = MDC + Reagan Youth + Disclose
As a band that helped shape the foundation of hardcore music and has since, for three decades, continually released raw, unnerving and discordant material that teeters between hardcore and heavy metal, expectations are in high regard. Poison Idea’s sound is loud, fast, abrasive hardcore that adopted the advantageous metal riffing that would be the inspiration for punk/metal hybrids. This album adheres to that crossbreed sound with the most notable tracks being “Bog,” “Trip Wire,” and “Rhythms of Insanity.” “Psychic Wedlock” and “Hypnotic” both offer more in terms of song structure and lyrical enterprise. “Dead Cowboy” stands alone, as this is when Jerry A. retires from his raucous barking of lyrics and traverses into Old Western–style vocals while the rest of the band plays some fitting bluegrass-style music. Overall, the album is classic Poison Idea—it’s loud, fast, in your face and doesn’t pull any punches. –Eric U. Norris
Photos: