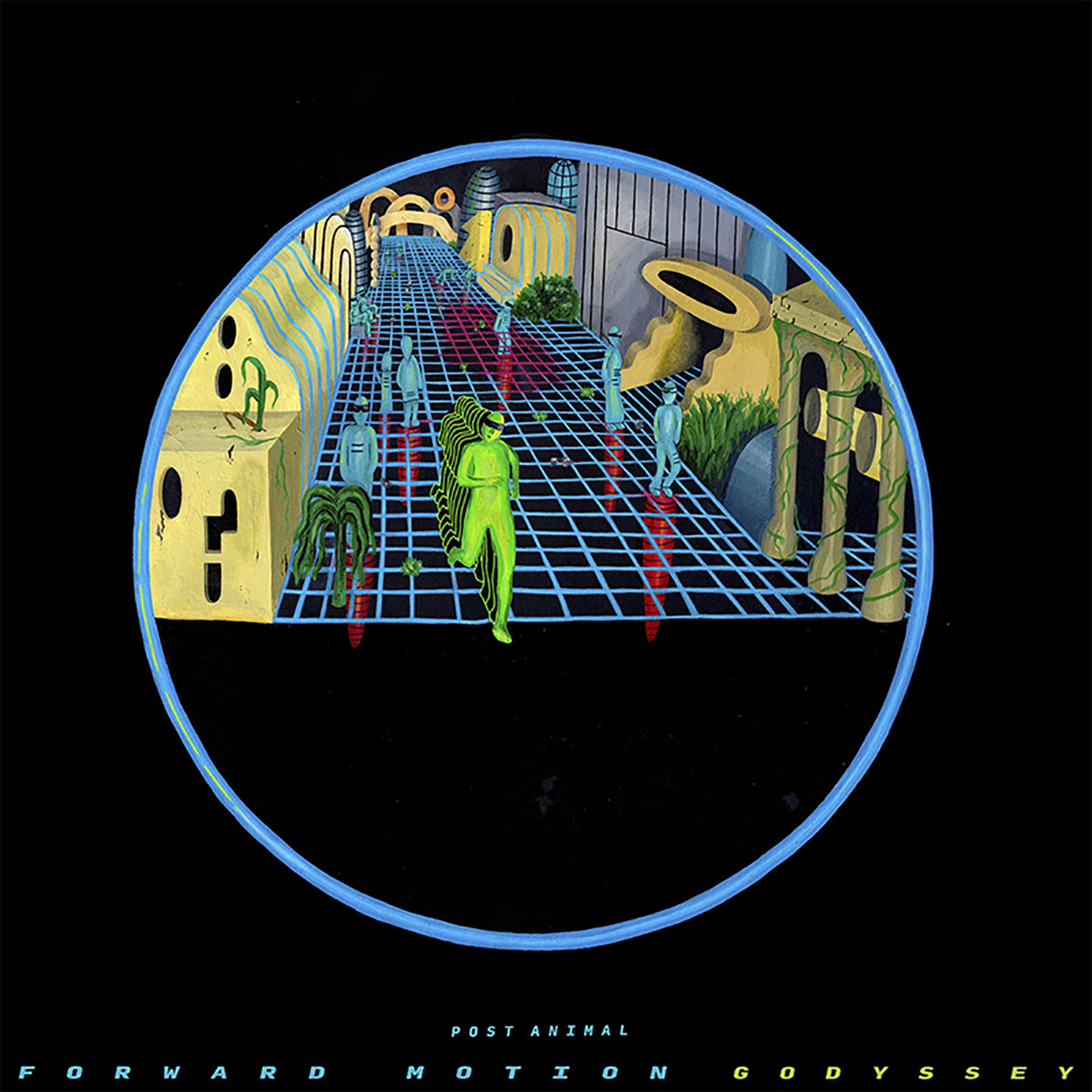 There are too many variations of band-reference combos that could define what is the five-member psychedelic rock, pop and experimental-infused outfit that is Post Animal. Forward Motion Godyssey’s initial sound is reminiscent of early Phoenix albums, containing tracks riddled with the familiar fuzzy riffs and hallucinogenic effects. However, the second half of each song’s instrumental verse keyed in, and the heavy focus on guitar made the band seem a bit more Portugal. The Man–esque—but instead of John Gourley, imagine Kevin Parker from Tame Impala as the lead vocalist.

Forward Motion Godyssey is already setting itself apart from other early 2020 releases in several ways—the first being that the album manages to contradict itself time and time again. As soon as you become comfortable with labeling the group’s sound, the next track begins, and your mind refreshes and an easy answer as to what genre Post Animal is, exactly, becomes more hazy and distorted. One possible reason for this is that each member of the band takes a turn in singing the lead vocals and writing their own lyrics for their designated track, helping each song taste a bit different than the next. This is a positive effect for me—each track presents new lyrics and sounds that hint at the dexterity of Post Animal’s musical abilities.

An example of this versatility can be found early on when comparing the tracks “Post Animal” and “Schedule.” The juxtaposition is stark—the self-referential “Post Animal” lays much further on the psychedelic rock spectrum of the band’s differing sounds, while previously released single “Schedule” is a glossy, boy-band pop hit if there ever was one. At the risk of admitting the hit is one of my favorites from the list, “Schedule” is drowning with glazed choruses and vocal hooks that’ll make you bob your head from side to side with the taste of bubblegum-pop stinging your tongue. It’s a bit out of place on the album, which is why it stands out to me more than the rest. While other tracks contain heavier rock flavors, they sometimes seem to sink under the weight of their own prowess. “Schedule” is simple and easily bubbles to the top.

While some songs feel more muddied than the rest, “In a Paradise” is one more classic rock–influenced hit that is full of electrifying guitar and spaced out lyrics to give fans of Pink Floyd and progressive rock exactly what they’re looking for. This track is one of many that also—not so subtly—mentions and grapples with the concept of time, as found in the lyrics: “We are all just waiting in a line / Forming thoughts we think would never occur to them / But we could never fully satisfy.”

This thought presents itself endlessly, seeming to melodically bounce and foam in each members’ mind. “How Do You Feel” comments, “Up until the sun rises / Just to use our time wisely / And you breathe so deeply.” “Private Shield” more harrowingly announces, “I’m stepping in between two worlds, shifting, like a ghost / Time is a play, a good game, I can relate to that.” The members of Post Animal toggle between the ever-present conflict of maintaining one’s relationships while simultaneously finding the time to nourish their band’s growth. This theme is universal and effectively reflects the band’s development as they hike toward higher levels of stardom.

What is also interesting about Forward Motion Godyssey is the band’s ability to allow their instruments to consume as much space and influence as their vocals. Most of the album’s tracks extend the four-minute mark, which, although not unseen, does appear to be more of a rarity compared to modern radio-friendly releases. While some artists seem to have been led to believe that a song needs to be less than three minutes to hold listeners’ attention, Post Animal are giving their fans more credit than that.

This album does nothing to please those who are expecting every track to be a silky, indie-pop hit with a sing-along verse. Forward Motion Godyssey delivers thought in the guise of ’70s psychedelia, progg guitar riffs and the occasional drip of sweetened vocal hooks. Through this carefully constructed track list, Post Animal is able to maintain and justify their reputation as a psych-rock Chicago band with a loud and promising future. – Jamie Christensen