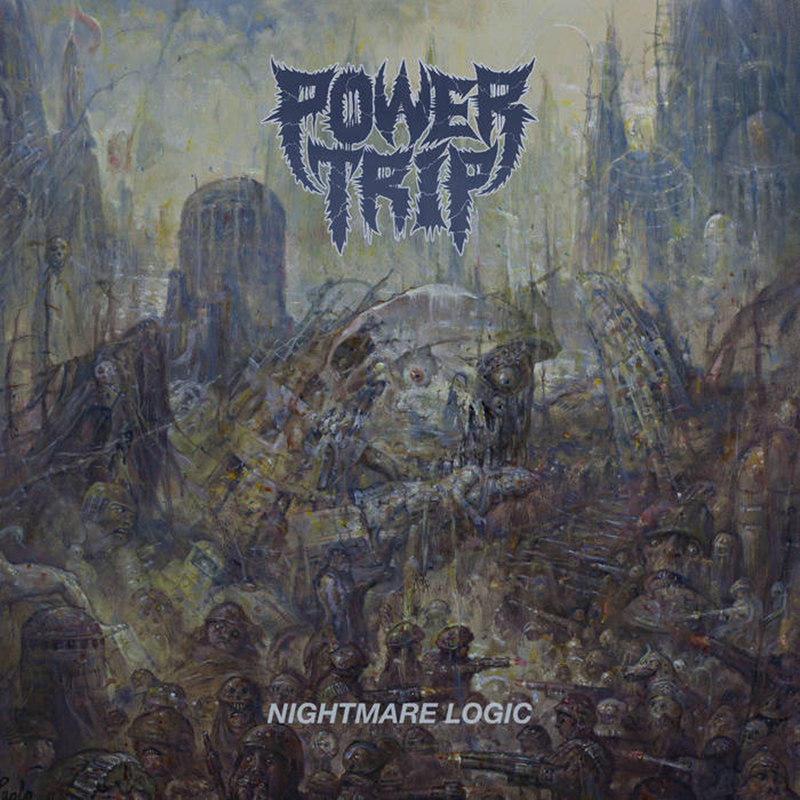 This past year, Power Trip toured with Terror, and although their two styles of music differ, the propensity for both groups to maximize stage dives from the crowd is consistent. This is what sets Power Trip apart from the rest of crossover bands. New thrash (and its more hardcore crossover cousin) came back about a decade or so ago, and bands are still trying to ride it with mitigated success. There’s a lot of “good,” but not a whole lot of “great.” Power Trip are great.

Power Trip’s Manifest Decimation landed in 2013—theoretically too late to get in on the ground level of the renaissance. Their particular formula has mass appeal, which is exactly the reason that they can tour with Terror, or Merchandise, or Napalm Death. Power Trip’s deft mix of thrash, an insane live show and those half-time breakdowns, which sound like they listened to the break in “Raining Blood” a million times to get master’s degrees in mosh pit decimation—blow everyone else away. If you like heavy music of any stripe, Power Trip is for you.

Nightmare Logic is their second proper full-length, and time has only proven to sharpen Power Trip’s attack. Nightmare Logic dials back the vocal and drum reverb found on Manifest Decimation — but doesn’t eschew it entirely. It’s balanced perfectly. The songwriting is stronger this time around as well. That sounds like a throwaway sentence, but this album is tight. If Manifest Decimation were a no-holds-barred street fight, Nightmare Logic has filled its hands with broken glass.

I had the opportunity to interview singer Riley Gale for SLUG about two years ago, right before they set out on their tour with Merchandise and Title Fight. He was down-to-earth and took music, the DIY ethic and the ever-crumbling world around him seriously. This attitude permeates Nightmare Logic. There is something inherent in growing up in the DIY scene that creates an attitude that is inextricable from any future pursuits. It’s that hardcore DIY ethic that is apparent in the lyrics on Nightmare Logic. It’s Youth of Today by way of Nuclear Assault. There’s a positive negativity flowing throughout, with “If Not Us Then Who” seemingly ripped from some old Revelation compilation were it not for the speed riffing. It’s this stentorian alchemy of anthem and worship of the riff that distinguishes Power Trip.

As I mentioned earlier, Power Trip mastered the half-time thrash breakdown. It sounds like something that would be musically simple to do, but to really get a head banging, or an ape–shit mosh pit going, is not color by numbers. These breakdowns are a hallmark of nearly every Power Trip song, but it doesn’t really matter. You know it’s coming, and then it hits, and boom, desk mosh. The rhythms are more complex in these parts on Nightmare Logic, though, with guitar solos layered over the top and tighter rhythms.

Power Trip are coming out of the gate strong in 2017, with eight memorable, no-fat-to-trim, killer tracks. A possibly overlooked bonus is that the samples at the end of the record blend seamlessly into the intro to the first track — an infinite coda — trapping us in stage dives, righteous disenfranchisement and violent catharsis.  –Peter Fryer