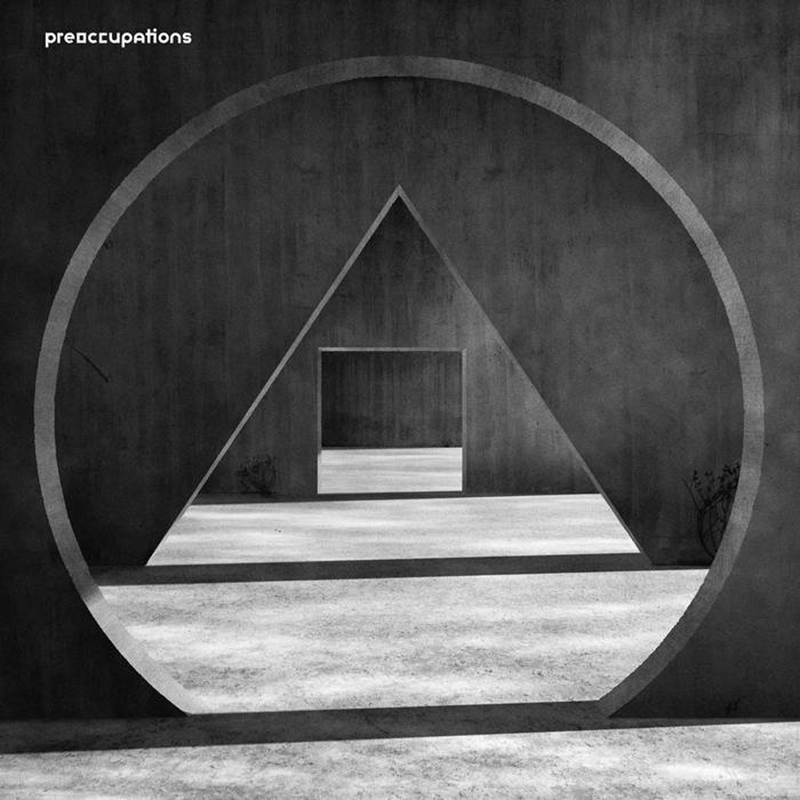 New Material is right; it’s just the album name for a band that seems to expereiment increasingly by zooming in on themselves and on life, down to the most specific notion. “New material” is the most specific notion of what a new album really is, and it is by unfolding the songs that we see all of the other little experiments in focus that make up the new material. As Preoccupations’ fourth full-length album, it follows the general mood of all their releases, which are always thick with an undercurrent of electric dread, often teetering off into the darkly absurd. After their self-titled album Viet Cong came a rebrand wherein they renamed themselves to Preoccupations and delivered a new self-titled album, and it seems that in between those names, they fixed on their own tendency for exploring the miniscule yet lofty facets of human life and emotion. Viet Cong, 2016’s Preoccupations and now New Material all display a certain preoccupation with all that is either ungraspable, or all too close.

Dropped in late January, lead single “Espionage” is their best single since “Continental Shelf,” but unlike anything they’ve ever done. It’s a punchy, danceable song that sucks us in with a steely, hybrid edge of post-punk and borderline goth tonalities. It’s electric, a dive into the kind of tense, fast and surly post-punk dished out by Wire, particularly on their EPs Read & Burn 01 and Read & Burn 02. Infectious and snappy, this isn’t something we’ve seen before in their roster, a change that may be due to the production work of M83’s John Meldal-Johnson. The single took me by surprise, and I was anticipating the rest of the album having these same qualities, but it doesn’t really end up that way. While no other songs on the album swerve into the same territory that “Espionage” does, the album creeps up in the same fashion as all their other work—it takes a few good listens for it to sink its claws in. “Decompose” follows “Espionage,” and has the same sort of compelling groove. Otherwise, the album follows the same sort of track left behind by Preoccupations, with sections of meandering, ephemeral synths that are at the same time mysterious, dour and anxious. They also spend time experimenting with jarring, repetitive sounds—as they often do—on tracks like “Antidote,” though it’s a stark song, lacking the company of any glinting guitar reverb until the last few seconds, when it fizzles out like a dying firework.

The album feels short at only eight songs. I was disappointed to see it end so early because their other albums seem to last much longer, especially Preoccupations. But that briefness is maybe because this album takes a particular interest in noise and in the void. It’s driven by guitarist Scott Munro’s desire to make an album whose instruments are entirely unidentifiable (a goal that is nearly achieved here), and by vocalist Matt Flegel’s fixation on the layers of depression and the futility it inspires. Raw feeling and haunting experience (“Disarray,” “Manipulation,” “Doubt”) are shredded, crumbled and clutched at in this album, making for a garbled, claustrophobic effect at times. While Preoccupations also explored the abstractness of emotion, it was a clean comb-through, well-paced and cleanly produced. With New Material, Preoccupations cut through more difficult content, inviting the listener to see and feel what they can in the final product. –Erin Moore