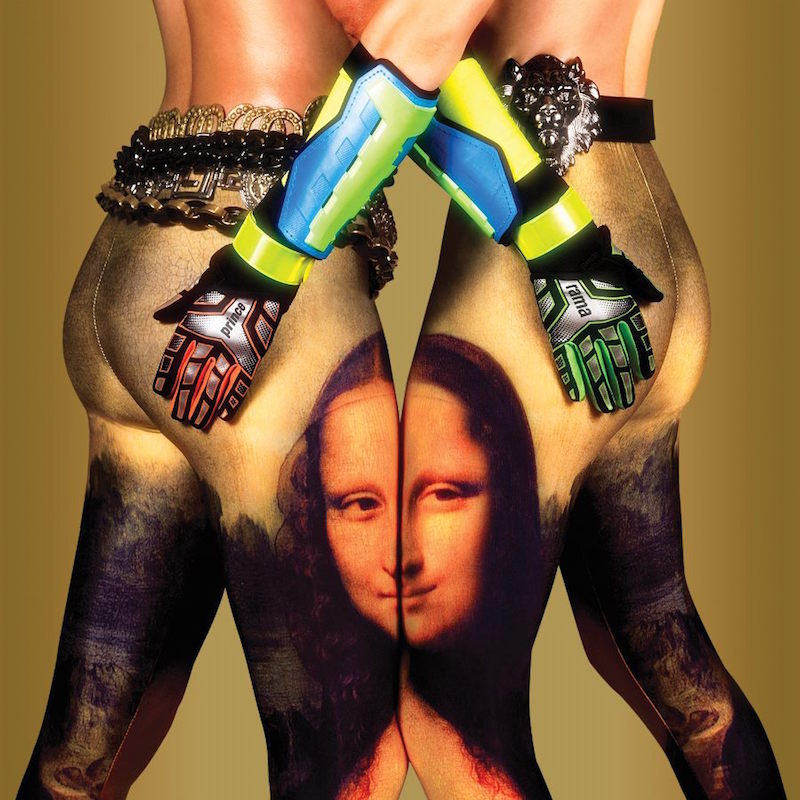 The idea of Prince Rama is often much more interesting than the music itself. Comprising two sisters, Taraka and Nimai Larson, who grew up in ashrams, Prince Rama create New Age, psychedelic dance music. The Larsons began writing Xtreme Now, their seventh album, while living on a black metal utopian commune during the summer of 2012. It’s a concept album—which is nothing new for the band—based on the merger of art and extreme sports. If this is beginning to sound pretentious or too far-fetched, welcome to Prince Rama’s world: where reality is checked at the door and fantasy is the only way to make sense of anything.

Prince Rama’s last six albums have been full of songs that clearly contained good ideas but often missed the mark by getting lost in eccentric jams that never really went anywhere, hence the Larsons’ psychedelic background. But if you take this band too seriously, you’ll probably miss the point and won’t enjoy what they have to offer.  Not every band is setting out to become maestros—some simply want to express themselves, and the Larsons definitely fall into the
latter category.

The Larsons use Prince Rama as an outlet for their music and art projects. Technically, Prince Rama are an art project that happens to make music—or is it the other way around? It all blends together rather quickly, which makes their eclectic Eastern sound easier to appreciate and enjoy. But on Xtreme Now, the Eastern influence is completely wiped away for an ‘80s pop sound with the occasional use of hand drums and chants. It’s a much more streamlined sound than the band is used to recording.

It’s easy to overlook the majority of Xtreme Now as kitschy pop that sounds unoriginal, but the two songs that begin and end the album are standouts. “Bahia” opens Xtreme Now with a reversed sound effect resembling a revving engine that soon peels into a four-on-the-floor dance beat and a whoop from one of the Larson sisters that carries the energy of a live performance. “Bahia” wastes no time in whipping up a frenzied listen, and although its synths eventually channel the Futurama theme song, it also provides an irresistible head nod and hip shake. A catchy dance song is hardly revolutionary, but the polished pop of “Bahia” is a big leap forward from Prince Rama’s hazier lo-fi recordings.

Xtreme Now’s closing song, “Shitopia,” follows the Depeche Mode–esque track “Would You Die To Be Adored,” which makes its synth-free composition all the more revolutionary for Prince Rama—because just when you think they’ve mastered their new synthpop direction, they throw it all away for a guitar-led psychedelic jam that sounds like their best work ever. Funnily enough, it’s also one of their simplest songs ever. “Shitopia” is a fairly straightforward rock track with great harmonies, three solid verses and classic psych guitar riffs. “I’m honest till I tell I a lie / Live in hell till the day I die / Put your name on the face of heaven,” growls Taraka midway through the song. Although “Shitopia” sounds like a promising new direction for Prince Rama, it’s best not to expect any sort of consistency from a band that lives to impress and occasionally manages to inspire. –Justin Gallegos