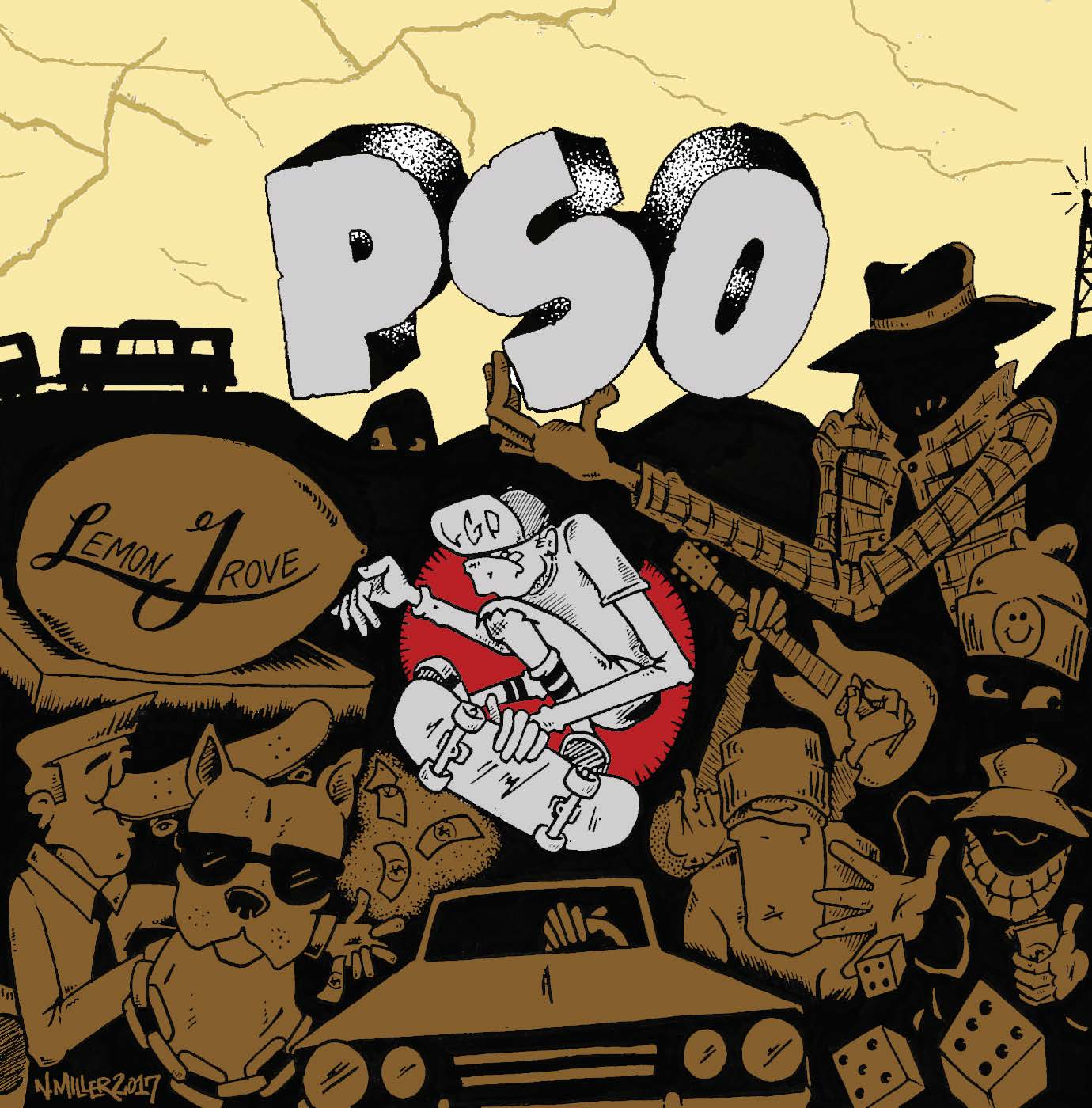 PSO, a group from Lemon Grove, California, have held themselves together with a cut-and-dry style of hardcore punk. Since the early 2010s, they’ve released a string of EPs, appeared on a few compilations featuring Lemon Grove’s finest and released their full-length LP, My Way Out, in 2016. They are definitely a band that likes to keep busy musically, between touring, skating and members splitting their time with other projects, they managed to lay down two new tracks on a split with their SoCal, straight edge counterparts, Meth Breath.

PSO contributed only two songs to this split, which both amount to a total run time of about six minutes. They’re about what I’d expect from the Prescotts—fast, fun and they never slip on the delivery. “To Whom it May Concern” has a fairly lengthy buildup with punchy guitars layering on top of the grasshopper rhythms from drummer Zak Prescott. It doesn’t take long for the speed to hit as Nate Prescott’s high-velocity bass riff sets the clambering rapidity of the song. The gauntlet of guitar harmonies mixed with abrasive riffs and more drum fills you can (literally) shake a stick at comes through a coarse and unfiltered production style. It adds to that basement sound that adorns classic hardcore, making it feel like it came out of the 1980s.

“Real Recognizes Real” comes in swinging with carefully laid-out dynamics enough to make it a standout track without packing any extra fluff. It comes in fast, says what it needs to say and leaves with an overwhelming need to pull the needle back and listen to it again. It’s a demanding little track which is due mostly in part to SImon Prescott’s aggressive chants in the chorus that accurately sum up the ethos of PSO: “Don’t forget your roots! Don’t forget your friends! Don’t forget your board! Stay young till the end!” It doesn’t get much more real than PSO. I can tell that these guys have a lot of fun with the music they’re creating, and those feelings transcend into their listeners. PSO brings me back to when I was 16 years old—when all I cared about was skateboarding with my friends and slamming myself stupid in the pit. They bring a smile to my face every time I put them on. –Eric U. Norris