Review: Pyrithion – The Burden of Sorrow 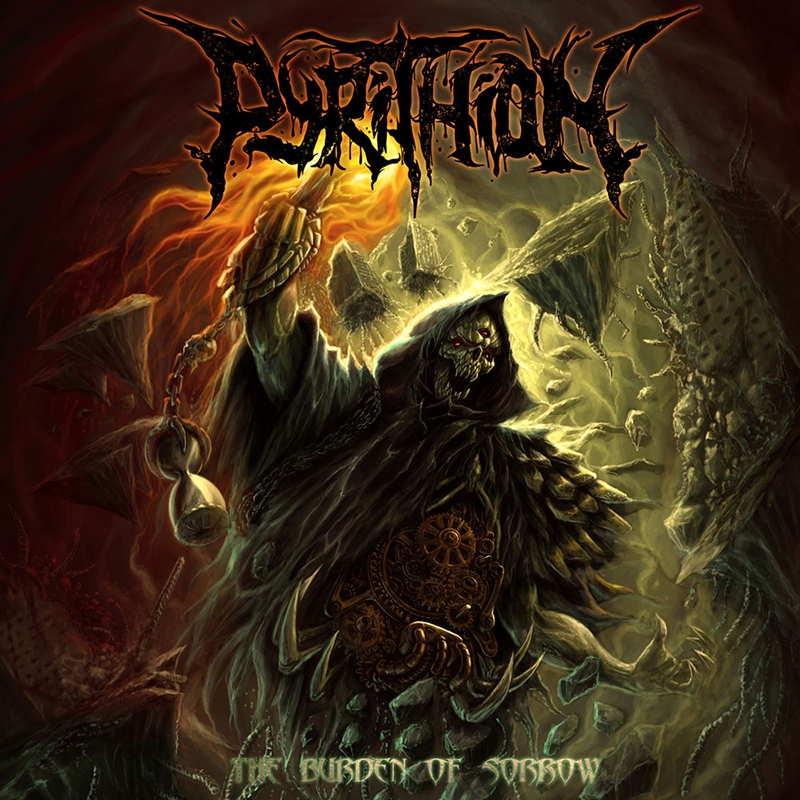 Pyrithion
The Burden of Sorrow
Metal Blade Records
Street: 04.16
Pyrithion = Job For A Cowboy + Psycroptic
Apparently, Tim Lambesis doesn’t have enough hobbies between As I Lay Dying, Austrian Death Machine, his charity work, and all his iron-pumping; now he’s joined up with ex-The Famine guitarist Andy Godwin and Ryan Glisan of Allegaeon to create this surprisingly ferocious modern death metal EP under the name Pyrithion. Lambesis’ vocals are almost unrecognizable under this new, brutal disguise—the riffs are catchy and groovy as all-get-out, and the drumming is thick and punchy like corpse fists banging on a crypt wall. Pyrithion is reminiscent of Allegaeon, though Lambesis’ vocal range is a better complement to it. They debuted opening track “The Invention of Hatred” online to raving reviews, and it remains the most memorable of at least these three tracks, but that’s not to say any of them are less enjoyable or lacking in strength. Every time I play this three-song EP through, all I keep thinking is: “Holy shit, I cannot wait for a full release.”