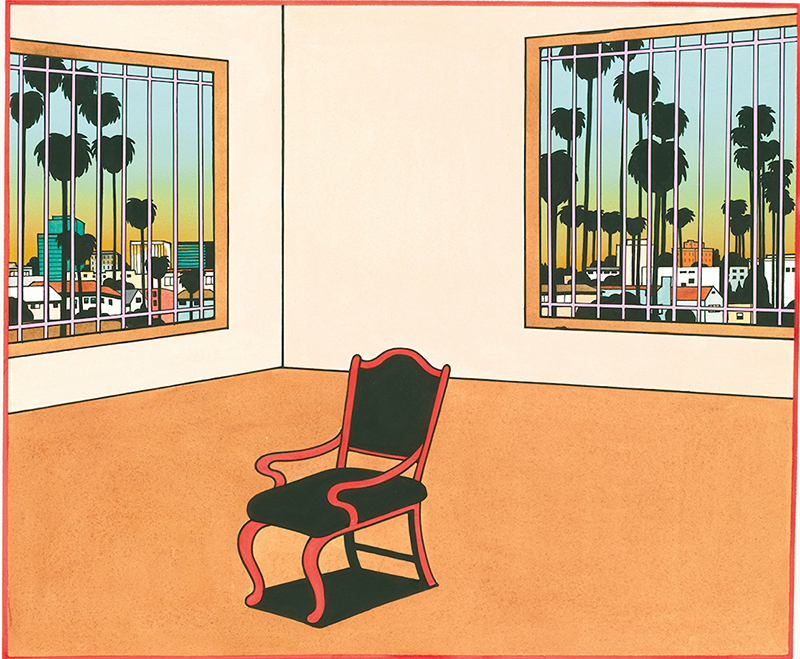 Quilt members Anna Fox Rochinski and Shane Butler met at the School of Museum of Fine Arts in Boston, Massachusetts. In both Allston and Jamaica Plain, where Quilt are from, the music scene that bubbles underground in college students’ basements is very DIY. The ambitious hipster and scene kids that create this bustling, vivacious and, at times, raunchy music scene dream of making it in NYC one day. Quilt have begun to catapult full force into that very dream as a mature, Brooklyn-based quartet with their most recent full-length release, Plaza.

The pop group has similar dynamics to that of Alvvays and The Mamas the Papas. At their brightest, Quilt use elements of dreamy psychedelia and trippy, wavy hooks that lead one song into the next. Quilt even evoke a Western feel on “Padova.” Through this much space in their music, Quilt transcend boundaries. They escape pigeonholing themselves into one musical genre, which is part of Plaza’s lure.

Rochinski has a deep, whimsical voice that often brings the tracks on Plaza to life in a cool, ghoulish type of way. Butler shares much of the vocal responsibilities on the album, but his songs tend to lean toward a groovier sound. Their dynamics couldn’t be more different, but nonetheless, it takes nothing away from the record. While it may seem that having two extremely unique lead vocalist styles would cause a jumble of clashing musical characteristics, it enacts the opposite. This diversity keeps Plaza light-hearted and airy on some tracks, while on others, it takes Plaza to a mod-like ’60s era—both constantly complements one another.

Much of the album seems to be in limbo, as if Quilt had written every word while living life on tour for their prior album, Held In Splendor. On “Searching For,” Butler sings, “She can’t remember when she felt her own age / She didn’t need to live on her own stage.” The song is as anxious as his lyrics, rushing through heavier guitar parts and drums more than does the rest of the album. “I’m thinking all too much / Always shaking hands and never showing up / And I’ve had no luck,” sings Butler on “Eliot St.” Rochinski scathes on the following track, “Hissing My Plea”:  “Willowy morning / Day is not dawning / They have me pleading tonight.” The obvious angst is hushed by easy-going, pop guitar riffs and cool, ’60s-style drumming.

On “Padova,” the drums could be straight from an old Western film, mimicking the patter of a horse’s hooves as they canter through open plains. Butler sings, “There’s a ghost now in my soul / Trying so hard to play some rock and roll.” He sings as though he’s been defeated from being on the road. Just after the two-minute mark, Butler’s voice undergoes a lo-fi reverb effect and the dynamics of the song almost entirely shift—everything changes except the consistent beat of the country drums in the background.

Plaza rings throughout every bone in the body. The album is both full and mellow. Quilt hit every edge of the musical spectrum and then some. In the calming words of Butler, “Maybe we’ll meet in Padova”—or better yet, here in Salt Lake, at the next Quilt show. Riot to make one happen. –Alexandra Graber