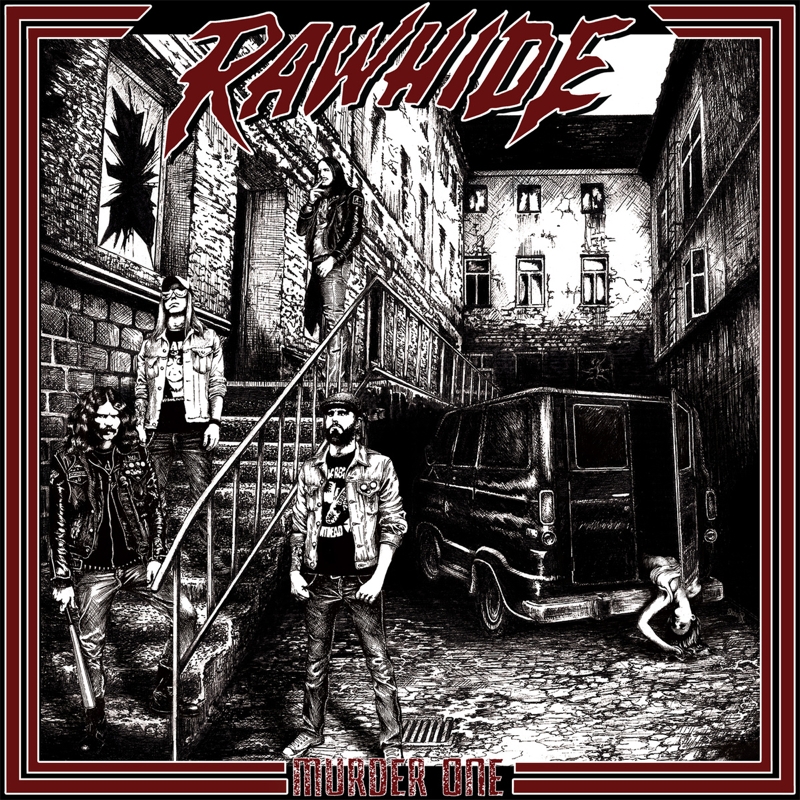 Rawhide
Murder One
Patac Records
Street: 06.07.13
Rawhide = Inepsy + Motorhead + Turbonegro
This is raucous death-flected RnR monster, which clutches at its NWOBHM and D-Beat influences with equal aplomb. The band’s a semi-mystery, with precious little information available online. What we can surmise is that they’re from Sweden, they recorded their record at the famed Sunlight Studios and they did it with legendary producer Tomas Skogsberg (Entombed, Hellacopters, etc.). What this reviewer can surmise is that Murder One is a gritty, heavy metal orgy: a sweaty, leather-draped Cuisinart of hard electric blues, punk-a-metal thrust and a gummy lacquer of sleaze n’ smut. Check “City Kids,” “Habit to Support” and “On the Attack” for maximum hessian chicanery, and check any other song (seriously, any of them) for an ultimate heavy metal party jam, which won’t shit on your street-cred, but won’t repulse your girlfriend either. –Dylan Chadwick
Photos: