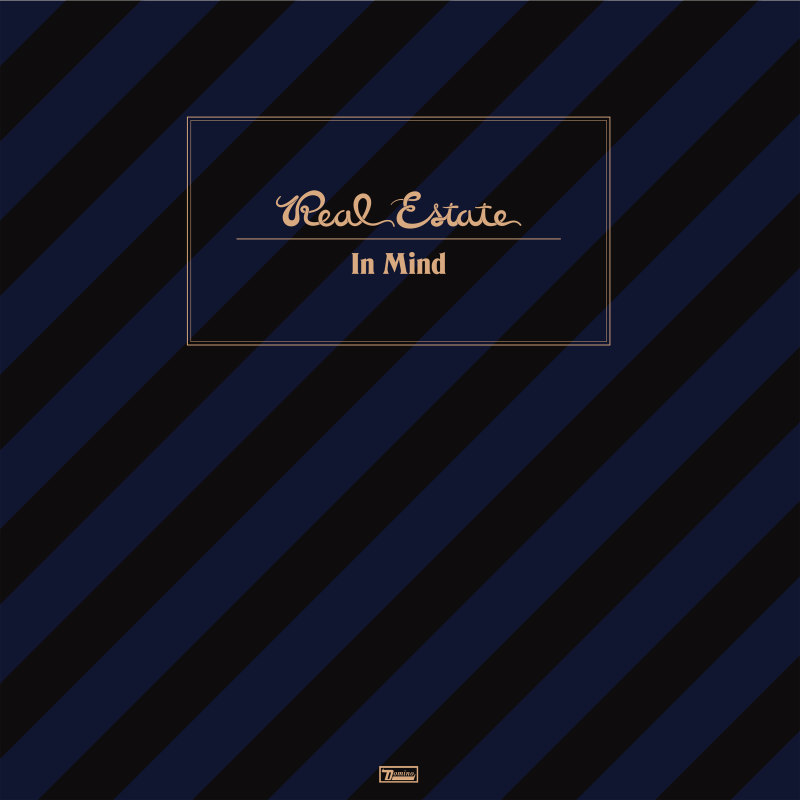 In Mind, the latest record from Real Estate, is consistent with 2017 and all of the psychedelic records we’ve already seen released this year, and yet, it has intonations that call back to music of decades prior—back to indie rock (and I mean when it was actually independent) that was producing a whole new world of tones and a psychedelia that actually didn’t sound like bands of the ’60s. It exudes bits of the same mid-’90s cadences produced by Built to Spill and Neutral Milk Hotel while still promoting the neo-psychedelia that has become so damn popular since the rise of Tame Impala and The Horrors in 2008.

The streams of these two eras cross best in “Stained Glass” with its almost math-rock-like tediousness that wants to pin that stringy riff while still being carried by the ambience of a harpsichord, gracefully ringing in listener’s ears.  It’s also a similar case with the opening track, “Darling,” which hums in with a synthesizer before another stringy riff breaks through and the rest of the band follows. I like this one a lot because it goes through a handful of chord progressions and arrangements before ever getting to any vocals. “Diamond Eyes” brings on a surprising Americana-type feel that is as mellow as it is happy. It could also be taken as a Grateful Dead track, revamped into a style comparable to modern progressive rock and one the kids could enjoy today without having to ask why the dead is so grateful anyway. The record does take a step back every so often, and in “Two Arrows,” it reaches a level of introspection with a subtler tempo and a guitar that wavers back and forth between two notes. The track has the same lackadaisical perplexion found in The Beach Boys’ Pet Sounds, or Mac DeMarco’s “Chamber of Reflection.” The record goes back and forth between more upbeat moments and the more indecisive ones, but ultimately maintains its composure.

“Saturday” brings us to the end of the album and settles the case that this is a modern record that isn’t scared to herald its influences. It starts with an old-timey piano—something that would be found on a Grizzly Bear album—but leads into a world defined by modern reverb pedals and a punky drive that has been brought under the wing of neo-psychedelia in the last decade. For a solid duration of four minutes, it doesn’t let up before it finally gives in to a messy guitar solo with less aggravated distortion, more general disorientation. Those of us who have been listening to rock from the last 40 years will smile at the winks made toward those early indie bands, and those of us who have been listening to music from the last 60 years will be happy that In Mind makes enough departure from these bands of decades past. –Austin Doty