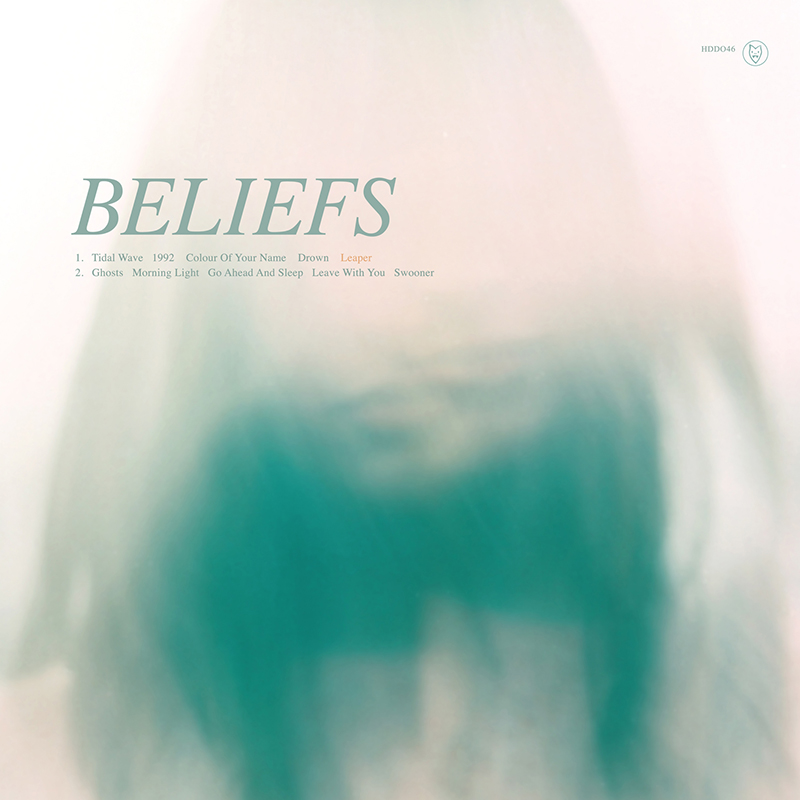 Toronto’s Beliefs’ new album, Leaper, stands as an ode to the classical shoegaze era that generated the genre’s greatest bands: My Bloody Valentine and Slowdive. The open love letter to their influences is written throughout Leaper in sound and song titles. “Swooner” presents layers of vocals in the same fashion MBV crafted theirs on the band’s seminal album, Loveless. Josh Korody’s use of the whammy—a style MBV guitarist Kevin Shields made famous—is copiously used on Leaper’s opening track, “Colour of Your Name.” At times Jesse Crowe’s voice beckons Rachel Goswell’s choral muse in both material and spirit. At other times, she cops Kim Gordon’s spoken delivery. Understated, however, is Beliefs’ songwriting. Strip the band of their reverb and distortion pedals and beneath the firmament lie songs that could be played on acoustic guitars and barroom pianos. Yet would listeners still mistake them for a My Bloody Valentine cover band after all? –Stephan Wyatt