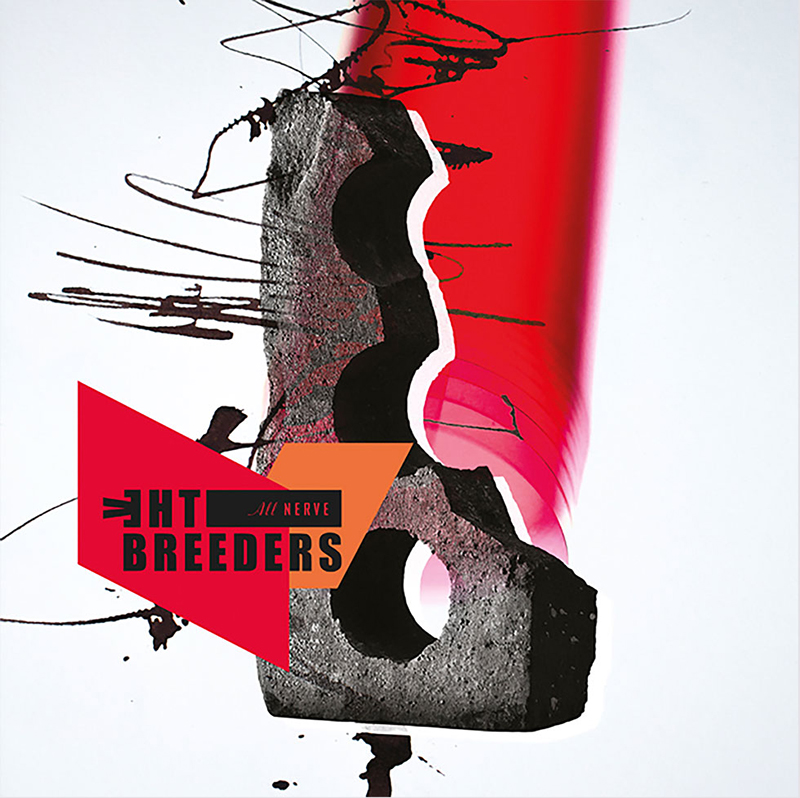 Review: The Breeders – All Nerve

The Breeders
All Nerve

After listening to recent Pixies albums, it’s clear to see that they need Kim Deal more than Kim Deal needs them. Kim Deal was always what Frank Black / Black Francis could never be—likable. With a movie-star smile and an easy, coolest-person-in-the-room charm, Deal’s absence has reduced The Pixies to sounding like a second-rate, nostalgic cover act. After 25 years, Deal has resurrected her one-time side project back from the dead. Her ethereal, scratchy voice has thankfully remained intact. She could sing over a large, rusty chain being dragged across concrete and make it interesting. Kim Deal and The Breeders are back for another splash, and this time around that splash comes from darker waters.

Make no mistake: This isn’t a Kim Deal vanity project. The Breeders have always been able to bring the noise—they can sound like left-on power tools and cool-breeze surf pop at the same time. The rhythm section of Jim Macpherson (drums) and Josephine Wiggs (bass) is tight and twisted up like barbed wire holding down Kim and twin sister Kelley Deal’s wandering, blistering guitar work—guitars that fade in and out with varying intensity. The Deal sisters help to push along the quieter, slow-roll movement of the track “Walking With A Killer.” The song is a sludgy death dirge that can easily be a modern mirror to Neil Young And Crazy Horse‘s “Cortez The Killer.” Deal sings, “I’m waiting for a killer / And I’m going to need that ride / We walked through the night / Through the cornfields of East 35.” For most of the song, the tone doesn’t let up. “I know I should hide / I know it was my night to die,” Deal sings before ending the song with a kiss. Kim Deal’s lyrics are Pixie-like-perfect on the track “Wait In The Car,” as Deal sings, “Consider I / Always struggle with the right word / Meow Meow Meow Meow / As a sinner I unlock / Nothing but need.” The meowing and the “oh, oh” chorus help stitch together the darkness in the song. “Forgot the sun tried to get off / Takin’ a nap because strategy’s for punks / Mother wants to hold me down / Gonna trace the stars / Makin’ a map / Scrapin’ at the sky / Just to fall back.” Even the song titles on this album are like must-see movie posters that for which I can’t wait to let the story unfold, such as “Nervous Mary,” “Spacewoman” and “Archangel’s Thunderbird”—not to mention ending the record with “Blues At The Acropolis.”

All Nerve isn’t a pop record, but at times it can sound like one. It isn’t an angry record, but at the same time, it isn’t an all-over-the-place happy one, either. For whatever reason, or a combination of reasons—personal, health, family, a failed reunion with her old band, or just simply pure exhaustion and lack of a want to be out there. It doesn’t matter. All Nerve marks a return—a beginning, a reemergence of an artist that has stepped back into the light with something new, an icon reinventing herself. The Breeders are once again firing on all cylinders—everything works. All Nerve is a fun, raw, emotional record that entertains, spins my head and demands your attention. On the title track, Deal sings, “I wanna see you / You don’t know how much I miss you / I may be high / I may hide and run out at you.” We’ve missed you, too, Kim; we’ve missed The Breeders. Welcome back. –Russ Holsten